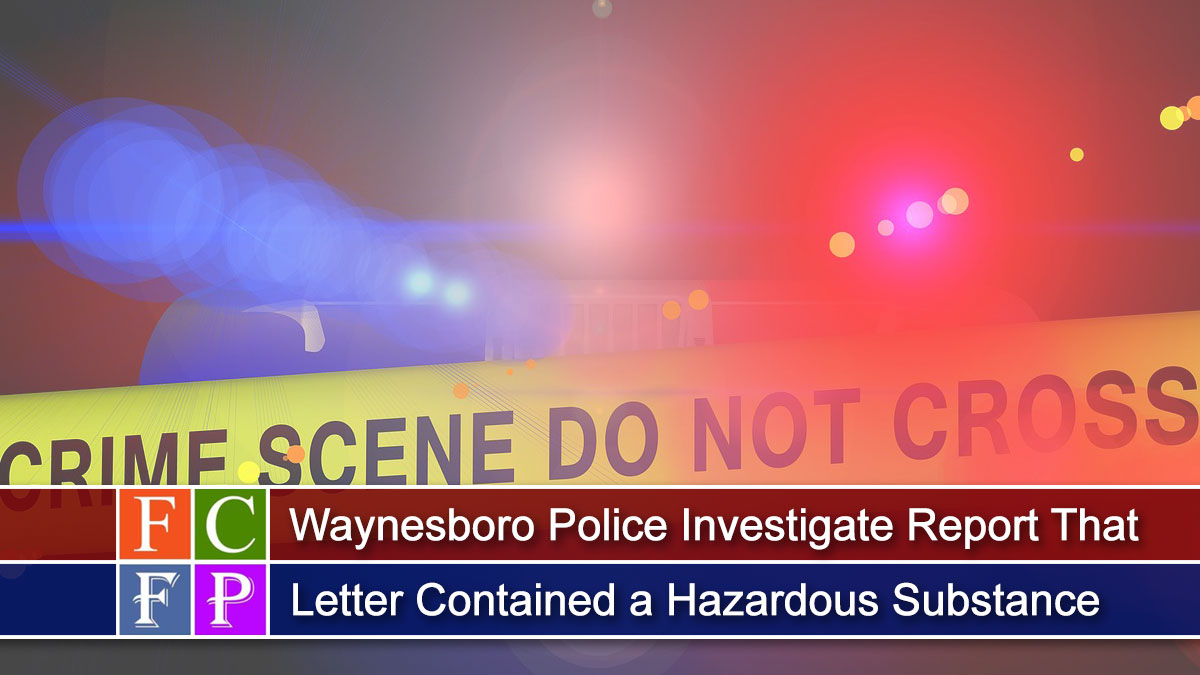 A report that a letter opened by a Waynesboro resident on Friday might contain a hazardous substance sent police and a hazardous materials specialist to the 300 block of Ringgold Street.

Nothing considered dangerous was found, but Waynesboro police are still investigating, and they are looking to the public for help.

A local resident reported feeling ill after opening a letter received in delivered in the mail Friday, police said. The individual reported it, sending police and fire personnel to the scene, as well as a Hazardous Material Response.

The area was blocked off. The public was asked to avoid the neighborhood while officials tried to determine the extent of the danger to the public.

The envelope was seized as evidence, to be sent to a lab for analysis. Police did not provide information on the contents of the envelope.

The person who opened the envelope was evaluated by emergency medical personnel at the scene and declined further medical treatment.

Police ask that anyone with information about the incident contact the Department at (717) 762-2131.

Vicky Taylor - March 23, 2020 0
In the middle of concerns over the spread of the Coronavirus pandemic and orders from authorities to stay at home until it abates, people continue to get out and break the law.