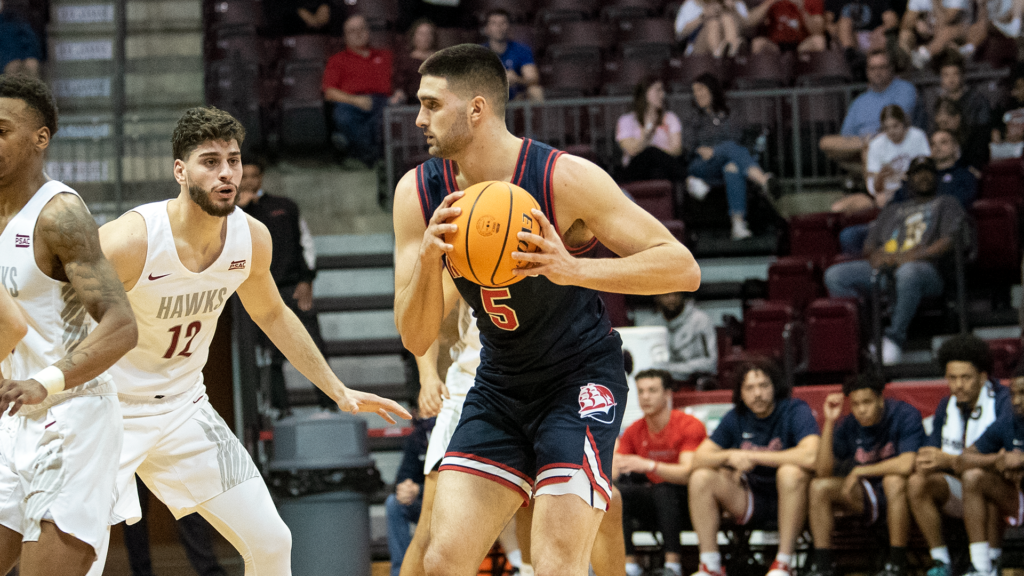 The Shippensburg University men’s basketball team made the plays it needed to down the stretch to fend off the Wilmington (Del) Wildcats Wednesday at the WU Athletics Complex, 71-68.

Wilmington (1-2) took its first lead since the opening minute at the six-minute mark of the second half, and tied the game a few times late with the help of a couple of banked-in threes. Guard Randy Rickards posted a near triple-double (17 points, 9 rebounds, 6 assists) for the Wildcats.

Shippensburg held the hosts at bay in the first 20 minutes thanks to a 16-6 start, capped by a three-point play from graduate Luke Nedrow. The result was a six-point margin at halftime, 38-32.

The Raiders gained their largest advantage, 43-32, after a pull up jumper from senior Carlos Carter early in the second half. But the Wildcats, a team that likes to get out and run on the break, began to find its stride.

A corner trey from Wilmington forward Kaleb Hedgepeth got the Wildcats to within two, and a Rickets corner jumper then tied the score with 6:30 remaining, 57-57.

A free throw gave the Wildcats its first lead, 58-57, but the Raiders answered with a three-pointer from redshirt-sophomore point guard Andrew Recchia on the next trip.

Nedrow converted a baby hook to break a 60-60 tie at the 3:53 mark. Later, a banked in three from Hedgepeth once again evened the score with less than two minutes left.

Sleva stepped up and had a major impact on both ends of the court in crunch time. Needing a bucket, Sleva pump faked in the lane to shed a defender for a lefty layup that put the Raiders in front for good with 1:03 remaining.

On the defensive end, Sleva helped deny the Wildcats in the paint and tipped an attempted kickout pass for a crucial steal. The turnover turned into points, as Carter executed an up-and-under move in the paint to stretch the Shippensburg lead to four, 69-65.

Another Wilmington three kept it close until the final seconds, when redshirt-senior Rashon Johnson batted the Wildcats’ full court inbounds pass off a Wilmington player for a game-clinching turnover.

The Raiders dominated on the glass, out-rebounding the opposition 35-to-26. Nedrow pulled down 11 boards.

All three of Shippensburg’s games thus far this season have been on the road and have been decided by five points or less.

Up next, the Raiders wrap up the team’s four game road swing to begin the season Nov. 22 at Seton Hill. Tip-off from the Katherine Mabis McKenna Center is slated for 5 p.m.