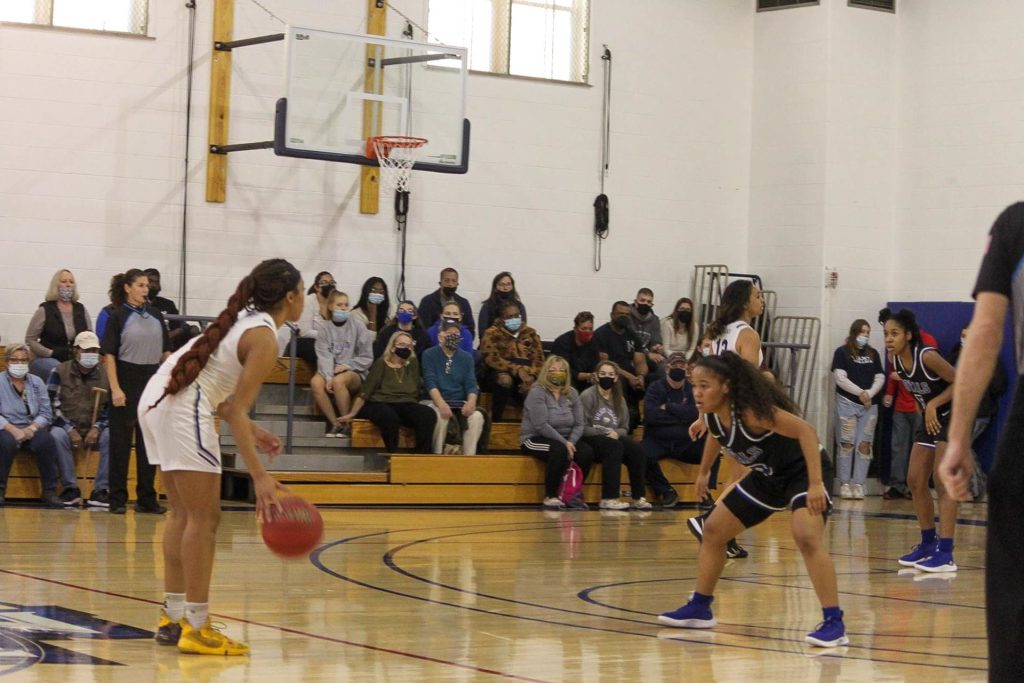 The Wilson College women’s basketball team defeated the the Royals of Eastern Mennonite in nonconference action Saturday. The Phoenix (1-3, 0-0 CSAC) edged out the Royals (2-3, 0-1 ODAC) by a final score of 67-64.

Wilson started the first quarter on a 7-2 run before Eastern Mennonite stormed back and cut their deficit to three points, 9-6. The Royals continued to chip away, taking the lead 12-11 with one minute left in the opening quarter.

The Phoenix took the lead back in the final second of the quarter off a jumper from junior Naomi Hanton (Bristow, Va., Keystone College), bringing the score to 13-12. In the second quarter, Eastern Mennonite jumped on a 6-2 run that flipped the score, putting them on top, 18-17.

Wilson kept their composure and continued to look for opportunities. They eventually evened the game up at 23 with just under three minutes left in the half. The Phoenix closed the half on a nine-point run that pushed them out in front 32-23.

The Royals strung together eight straight points to open the third quarter; bringing them within one point of Wilson, 32-31. Both opponents battled for the remainder the quarter, keeping the score close throughout. The Phoenix started to pull away late in the quarter after senior Michaela Singer (Annville, PA., Annville-Cleona) knocked down two back-to-back jumpers.

Wilson walked into the final quarter of play with a 43-37 lead. The Phoenix extended their lead to 11 points in the fourth quarter. Eastern Mennonite fought back to bring the score to within three points with just 10 seconds left on the clock. Hanton sunk two foul shots in the final seconds of play to secure a 67-64 win.

CVAS: Meet Janis Hoplin and Dumplin, pets of the week

Meet Janis Hoplin and Dumplin, this week’s CVAS pets of the week. These are just two of the amazing animals residing at area animal shelters.