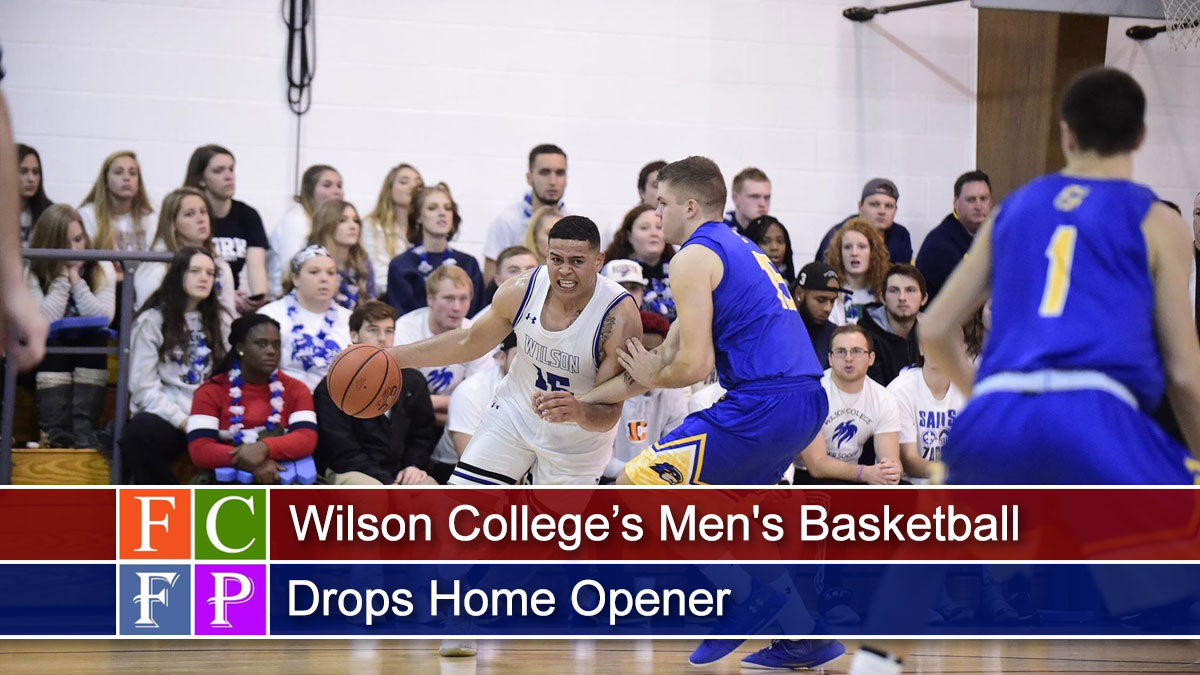 Hood was able to start the game on a 10-4 run. Wilson chipped away and tied the game up at 14 apiece off an and-one dunk from sophomore Olamide Banjo (Largo, MD, Largo HS).

Shortly after, the Phoenix took the lead at 17-15 off a three-pointer from senior Rashaan Bean (San Antonio, Tx, Forest Park). The Blazers answered with a three of their own that put them ahead at 18-17. Both teams battled back and forth for the next few possessions before Hood started to climb away. The Blazers extended their lead to 35-25 with just under six minutes remaining in the half. The Phoenix entered halftime trailing by a score of 43-35.

In the second half of play, both teams continued to battle. Wilson pulled within eight points off a three-point shot from junior Kyle Hoffman (Waynesboro, PA, Waynesboro) off a perfectly placed assist by sophomore Adrian Thomas (Germantown, MD, Northwest HS). After the shot, the Blazers started a 7-0 run that pushed them in front by 15 points. The Phoenix continued to fight. They were able to pull within nine, but could not overcome the deficit as they went on to drop their season opener, 85-69.

Wilson finished shooting 37% from the field and 69% from the charity stripe. Their opponent finished shooting 43% on the floor and 68% from the line. Bean led the Phoenix with 16 points, including two three-pointers. Thomas finished with 12 and two blocks, and sophomore Jeremiah Delaney (Manassas, VA, Osbourn) finished with 10. The Phoenix dominated the glass, finishing with 44 rebounds, including 15 offensive, while their opponent was held to 36.

The men’s basketball team will hit the road to play in the Gettysburg Tip-Off Tournament Friday, where they will face off against SUNY Geneseo (0-1, 0-0 SUNYAC) at 8:00 p.m.

Staff Report - June 26, 2020 0
She was employed at Corning Glass, Greencastle for 25 years as a palletizer operator. After retiring in 1993, she worked part time at Sheetz in Greencastle.

October 23, 2019
Thanks for subscribing! Please check your email for further instructions.