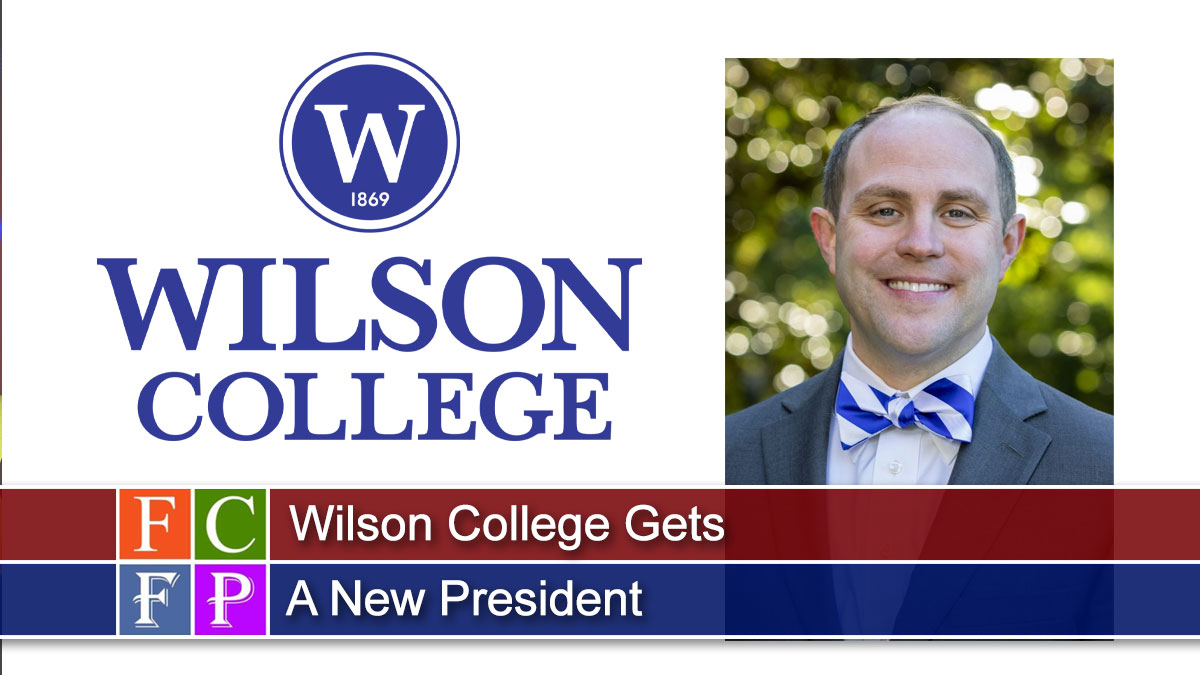 Wilson College announced on Monday that Dr. Wesley R. Fugate will become the 20th president in the 150-year history of the college early next year.

Fugate, who will officially assume the Wilson presidency in January 2020, is vice president for student affairs and dean of students at Randolph College in Lynchburg, Va. He succeeds Barbara K. Mistick, who left the post in August 2019 to become president of the National Association of Independent Colleges and Universities (NAICU) in Washington, D.C.

A. Richard Kneedler has served as interim president while the Wilson College Board of Trustees, with the assistance of Academic Search Inc., conducted a national search for Mistick’s successor.

Dr. Barbara L. Tenney, Wilson Class of 1967 and chair of the college’s Board of Trustees, made the announcement Monday to Wilson faculty, staff, alumni and students.

“Dr. Fugate’s multi-disciplined experience in higher education, as well as his passion for small, private liberal arts institutions, makes him the perfect candidate for Wilson’s presidency,” she said. “He has an infectious energy and commitment to the student experience that will serve our college well. I look forward to working with Dr. Fugate as Wilson College continues to evolve to meet the needs of our future students.”

Over the course of his career, Fugate has worked extensively in enrollment management and student affairs; supported the work of college boards of trustees; and led successful communications and marketing efforts–specifically at Randolph College and the University of Georgia. He has also held several key leadership roles focusing on strategy and policy while working for the Commonwealth of Kentucky’s Office of the Governor.

As president of Wilson College, Fugate will be responsible for unifying the campus with a focus on enhancing the student experience and success in later life, managing enrollment, providing financial stewardship, fundraising, cultivating the alumni base, and building and enhancing relationships and partnerships in the local community.

“I am humbled and honored to be selected to lead Wilson College into its next 150 years,” Fugate said. “While Wilson’s commitment to opportunity, honor and providing a high-quality liberal arts education are what drew me to consider this position, ultimately getting to know the people of Wilson helped me to fall in love with the institution.”

He called Wilson’s history “remarkable” and said he is excited about collaborating with students, faculty, staff, alumni, trustees and friends of the college to chart a path for the college’s future success.

Fugate earned a doctorate of philosophy in higher education from the Institute of Higher Education, University of Georgia, in 2012. He has a master’s degree in higher education administration with an emphasis in institutional advancement earned in 2005 from the Peabody College at Vanderbilt University. His bachelor’s degree in dramatic arts and economics was earned in 2002 from Centre College in Danville, Ky.

Fugate has also served as guest lecturer at Lynchburg College, Randolph College and the University of Georgia. He has also presented at numerous higher education professional conferences and consulted on higher education structure and policy.

Staff Report - May 22, 2020 0
Chambersburg’s JROTC cadets are on a roll. In what has already been a banner year for the Chambersburg Area...