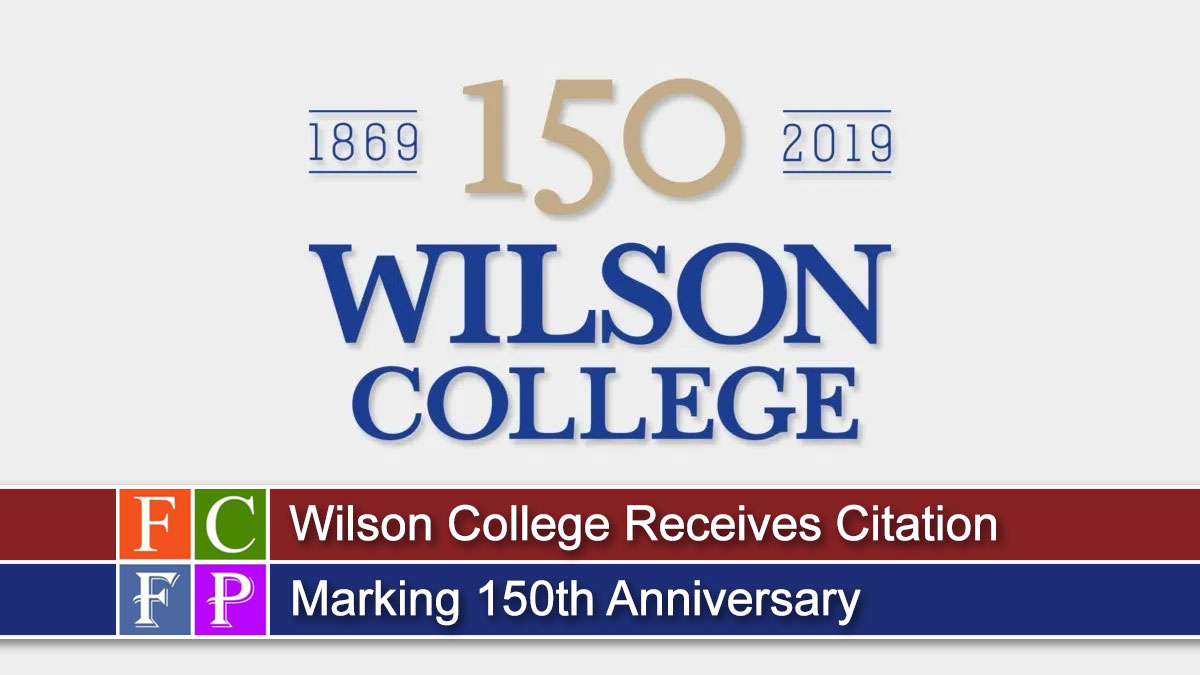 State Sen. Doug Mastriano, R-33, today presented Wilson College President Wesley R. Fugate with a citation─passed by the Pennsylvania State Senate last month─congratulating the college on its 150th anniversary. Wilson, which was chartered in 1869 and opened the following year, is celebrating its Sesquicentennial over a 15-month period.

“Since its inception, Wilson has striven to provide excellent educational, social and civic opportunities to its students and to keep its curriculum vital and current with the rapidly changing intellectual world,” the citation states in part. “Dedicated faculty members and strong support from the community have built a foundation for the college’s tradition of academic excellence and have prepared it for success in the future.”

Mastriano presented Fugate with the citation at the senator’s downtown Chambersburg office.

February 5, 2020
Thanks for subscribing! Please check your email for further instructions.