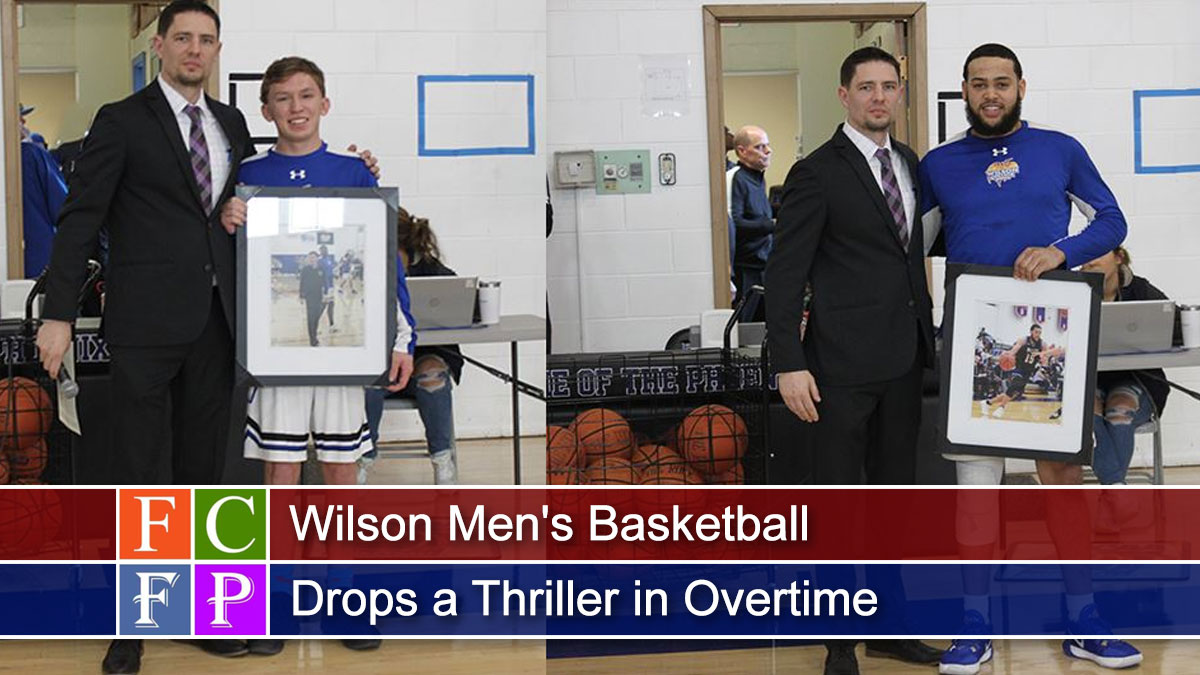 Keystone got the scoring started with a shot from beyond the arc, but Bean answered right back with back-to-back threes. After the Giants hit another three, junior Zachary Powell (Manassas, Va./Osbourn) got in on the action with a three, bringing the score to 9-6 with just under 18 minutes left in the first half. Shortly after, with the Giants ahead 17-12, Wilson tied the game at 17 apiece with a layup from Bean and a trey from junior Christian Evans (Baltimore, Md./Our Lady Of Mount Carmel). This sparked an 11-2 run from Keystone that tipped the score in their favor, 28-19. The Phoenix continued to hang tough. The two teams traded buckets back and forth for the rest of the half before entering halftime With the phoenix trailing 45-36.

The Giants started the second half with a takeaway and a layup before Bean was able to add another three. Evans also added a three-pointer on the next Wilson possession, cutting the Keystone lead to five points with just under eighteen minutes in the half. Later, with the score at 65-54 in favor of the Giants, the Phoenix battled back and chipped away at the lead. Freshman Jordan Miles (Waldorf, Md./Westlake) connected on a deep trey that sparked the Wilson offense. Powell hit another three and then, a few possessions later, added another that cut the Keystone lead to five points with 4:45 left in the game. Minutes later, sophomore Xavier Dowtin (Oxon Hill, Md./Oxon Hill HS) made a deep shot from beyond the arc that brought the Phoenix within two points.

Powell drained an and-one layup, tying things up at 79 apiece. He then added the foul shot that put Wilson ahead by one with just 25 seconds left on the clock. After a missed shot from the Giants, sophomore Adrian Thomas (Germantown, Md./Northwest HS) came up with the rebound and was able to draw a foul that put him at the line. After going 1-2 from the charity stripe, Wilson was up by two with eight seconds remaining in the game. Keystone drove in a drain the game-tying layup, bringing the score to 80-80 at the end of regulation.

The Giants started overtime with a four-point play as they connected on the and-one three-pointer and foul shot that followed. The Phoenix tied the game up again off a jumper in the paint from junior Kyle Hoffman (Waynesboro, Pa./Waynesboro) that brought the score to 86 all. On the next Keystone possession, they were able to add two free-throws that put them ahead by two points. Miles added his second three of the night, pushing Wilson in front 89-88 with under two minutes left in overtime. The Phoenix extended their lead to three points as Powell went 2-2 from the line, putting Wilson up by three. On the next Giants possession, they were able to score down low that cut the lead to just one point. Wilson was forced to put up a shot that missed as the shot clock expired. Keystone connected on a three, putting them ahead by two with fourteen seconds left. Despite a truly valiant effort, the Phoenix would be defeated 93-91 in overtime.

Wilson finished the game shooting 40% from the field while their opponent finished shooting 44%. Bean finished his senior day with a double-double with 29 points and 15 rebounds. Powell and Evans rounded out scorers in double figures with 19 and 18, respectively. Hoffman and Miles both scored six while Thomas and freshman Darryl Garib (Dallas, Tx./Forest Park) both finished with four.