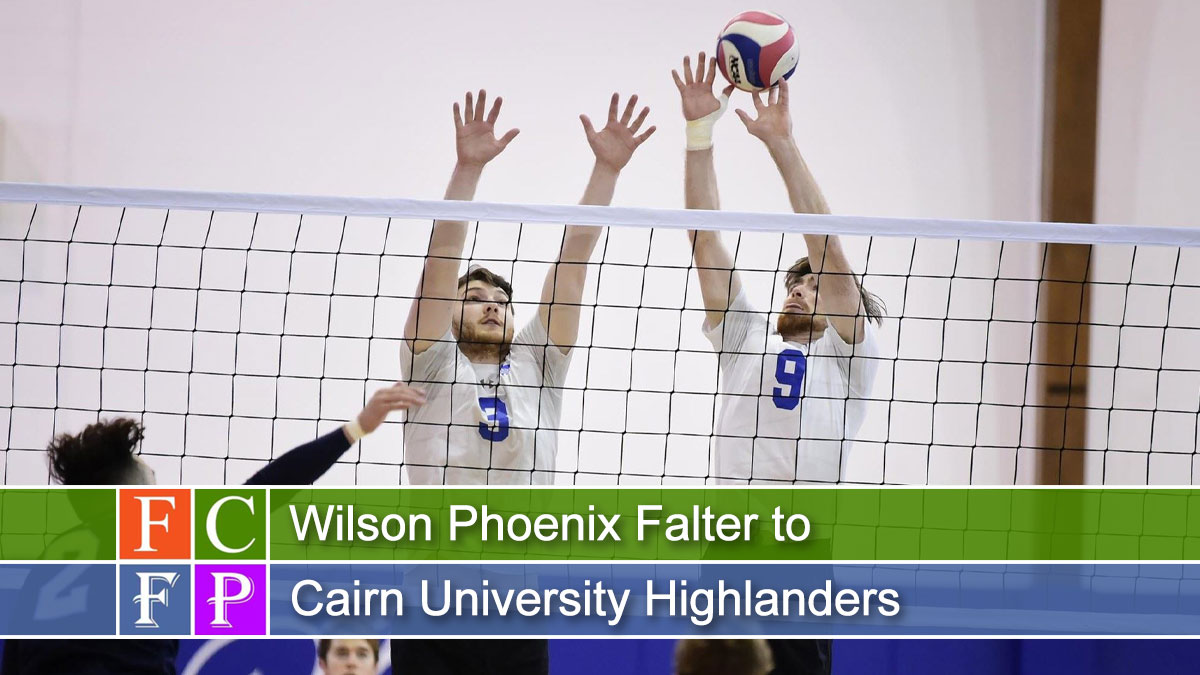 Cairn started the first set on a 5-0 run. Wilson stormed back a tied it up on a 5-0 run of their own. Senior Ian Firestone (York, Pa./York Suburban) and sophomore Andrew Hetzer (Chambersburg, Pa./Cumberland Valley Christian) led the attack with one kill each. Later on in the set, with the score knotted at 16, the Phoenix started a 4-1 run, putting them in front, 20-17. This time senior Oliver Perry (London, England/Okanagan Secondary) led the charge with a kill. Freshman Samuel Worthen (Guelph, Ontario/Centennial Collegiate Vocational Inst.) tallied an ace. The Highlanders closed out the set on an 8-2, taking the first set by a score of 25-22.

In the second, both teams started by trading points back and forth until Wilson jumped ahead, 7-6. Cairn then started a 9-2 run that flipped the score in their favor, 15-9. The Highlanders would extend their lead to 21-12 before Wilson started to make a stand and attempted to rally back. The Phoenix could not complete the comeback as they would drop the second set by a score of 25-16.

In the final set, both teams started out by trading points, again, before Cairn took the slight lead at 5-4. Wilson then jumped on a 6-1 run that put them ahead, 10-6. Senior Dan Perry (London, England/Okanagan Secondary) racked up two aces during the run while his brother, Oliver Perry, added a kill.

The Highlanders started chipping away at the lead, eventually tying up the set up at 16 apiece. Both teams didn’t let up, battling back and forth throughout the set. The Phoenix quickly jumped out in front, 21-19, but Cairn battled back and jumped ahead, 24-22. Wilson rallied again and took the lead back, 25-24, but the Highlanders closed the set out on a 3-0 run. The Phoenix would go on to be defeated, 27-25.

February 17, 2020
Thanks for subscribing! Please check your email for further instructions.