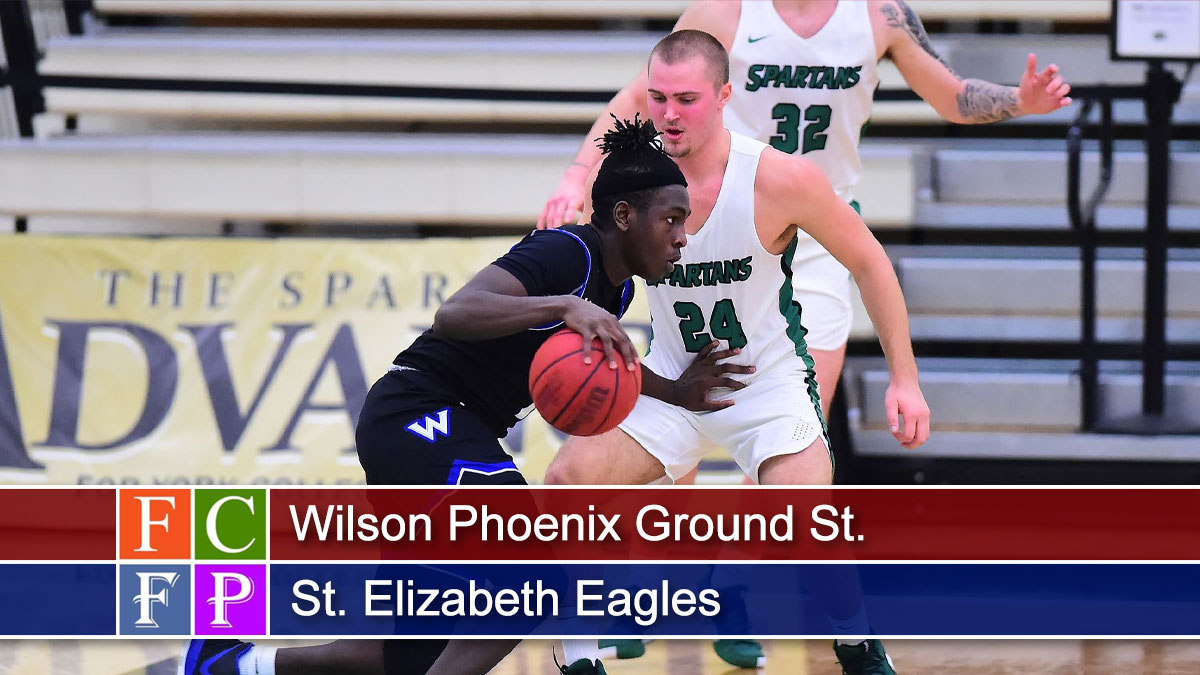 The Wilson College men’s basketball played host to the Eagles of the College of St. Elizabeth earlier Saturday in a Colonial States Athletic Conference (CSAC) matchup. The Phoenix (8-12, 5-4 CSAC) defeated the Eagles (11-8, 5-4 CSAC) in a thrilling game. The final score was 71-55.

Wilson opened the game on an 11-2 run as junior Christian Evans (Baltimore, MD, Our Lady Of Mount Carmel) and junior Zachary Powell (Manassas, VA, Osbourn) both drained three-point buckets. St. Elizabeth, however, would not be denied as they started to chip away the Phoenix lead. They eventually got ahead by three, 18-15, off of back-to-back three’s. Later in the half, the Wilson offense took over when sophomore Anthony Desruisseau (Burtonsville, MD, Springbrook HS) sunk back-to-back three’s. That cut the deficit to just one point, 28-27. The Phoenix took the lead atv29-28 before the half off a layup from Powell.

In the second half, Wilson started to extend its lead. Senior Rashaan Bean (San Antonio, Tx, Forest Park) started the scoring started with a deep three. It was followed by a layup from Powell. The Phoenix then extended their lead to 13 points, thanks to back-to-back threes from sophomore Adrian Thomas (Germantown, Md., Northwest HS). That brought the score to 44-31 with just over fourteen minutes remaining in the game. The Eagles eventually pulled within three points, 53-50, with just over six and a half minutes remaining. The Wilson offense surged again, closing the game out on a 16-5 run, giving the Phoenix a 71-55 victory.

Wilson finished the game with a field goal percentage of 47% while holding their opponents to 30%. Seven players finished with points for The Phoenix as Thomas led the charge with 17 and nine rebounds. Powell added his third double-double of the season with 15 points and 11 boards. Desruisseau and Bean rounded out scorers in double figures with 13 points and 11 points, respectively.

With this win, the team improves to 5-4 in conference play while moving into a tie for third place.

The Phoenix squares off against the Lions of Bryn Athyn College (3-17, 2-7 CSAC) in CSAC play at home Wednesday starting at 8 pm.

February 14, 2020
Thanks for subscribing! Please check your email for further instructions.