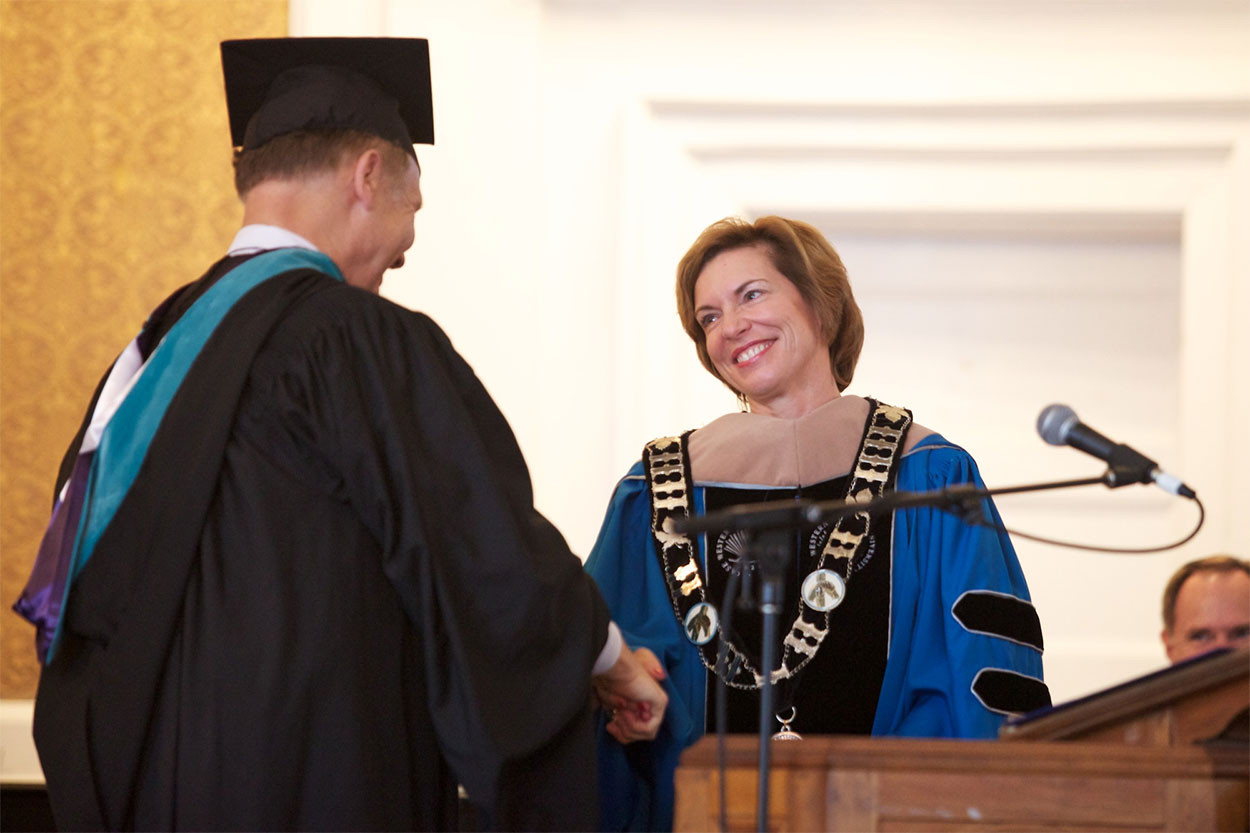 CHAMBERSBURG — Wilson College President Dr. Barbara K. Mistick will step down from her post after the end of the 2018-19 academic year.

She is the architect of the Wilson Today plan, which refocused the College’s growth strategy.

Under her vision and leadership, the College has experienced record student enrollment.

The college has reduced tuition and created a first-of-its-kind student loan buy back program.

Academic programs in nursing and other areas of demand have been added. Infrastructure and future facilities needs have been met.

Tenney credited Mistick’s vision and leadership with Wilson’s evolution into the 21st century to meet the ever increasing expectations of today’s student.

“It has been an absolute pleasure working alongside her to bring about positive change to further the College,” she said.

Mistick will join the National Association of Independent Colleges and Universities (NAICU) in September as president.

The Wilson College Board of Trustees has appointed a committee to conduct a national search for the next president.

As is customary, the greater college community, including faculty, staff, students and alumni, will be a part of that process.