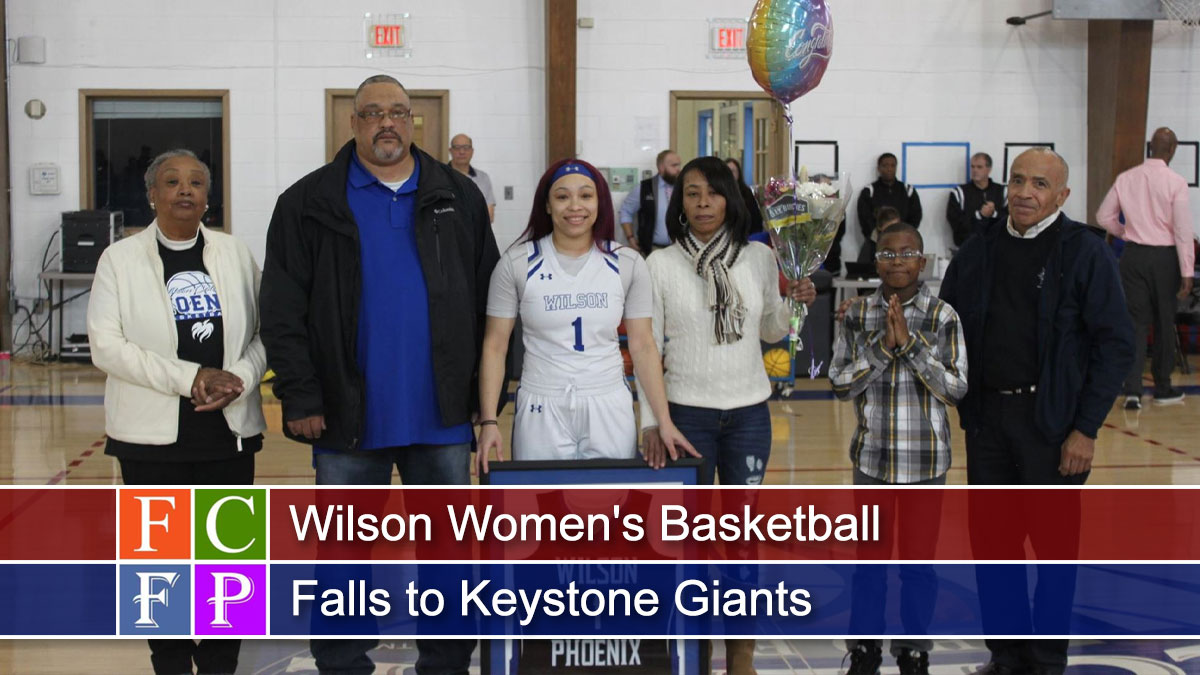 On her Senior Day, Jordyn Day (Richmond, Va./Varina) led the Phoenix with 13 points, but the Wilson women’s basketball team was upended by the first-place Giants of Keystone College in Colonial States Athletic Conference play. With the loss, the Phoenix fall to 4-18 overall and are now 2-14 in the CSAC.

After falling behind 10-4 midway through the first quarter, the new women’s basketball three-point leader, Jordyn Day, knocked down her first three of the game.

Keystone held a 15-10 lead before going on a 6-0 run to take a 21-10 lead late in the first period. Tioleaoauli Posiulai (Waipahu, Hawaii./University Laboratory School) and Brittany Washburn (Sandy Hook, Va./Salem Christian) connected on back-to-back shots for the Phoenix to cut their deficit to six. Then Keystone hit a layup with 9 seconds left to hold a 23-15 lead at the end of the first.

Samira Murphy (Virginia Beach, Va./Great Bridge Christian) kicked off the second period of play with a layup. The Giants responded with a 13-0 run to move ahead 36-17. With under two minutes to play in the second quarter, Jordyn Day hit another three. The Giants again answered with a 10-0 run to close out the half on top 48-22.

Keystone wasted no time extending their lead up to 30 early in the second half before Jordan Yeager (Waynesboro, Pa./Greencastle-Antrim) put an end to another run with a jumper from the corner. The Giants outscored the Phoenix 17-10  in the final 5 minutes of the period, taking a 74-39 lead into the fourth.

The Giants took a 41-point lead in the fourth quarter to ultimately come away with a 93-50 victory.

Jordyn Day led the Phoenix with 13 points while Jordan Yeager added a career-high 11 points. Ta’Niya Kees (Baltimore, Md./Our Lady of Mount Carmel School) finished with 7 points and 5 rebounds while Michaela Singer(Annville, Pa./Annville-Cleona) turned in a 6 point, 8 rebound effort. Wilson struggled to take care of the ball, turning it over 27 times. That resulted in 32 points off of turnovers for the Giants. Keystone also dominated in fastbreak points, outscoring Wilson 28-5.

Wilson takes on Valley Forge this Monday at home in their final non-conference game of the regular season. The game begins at 5 p.m.