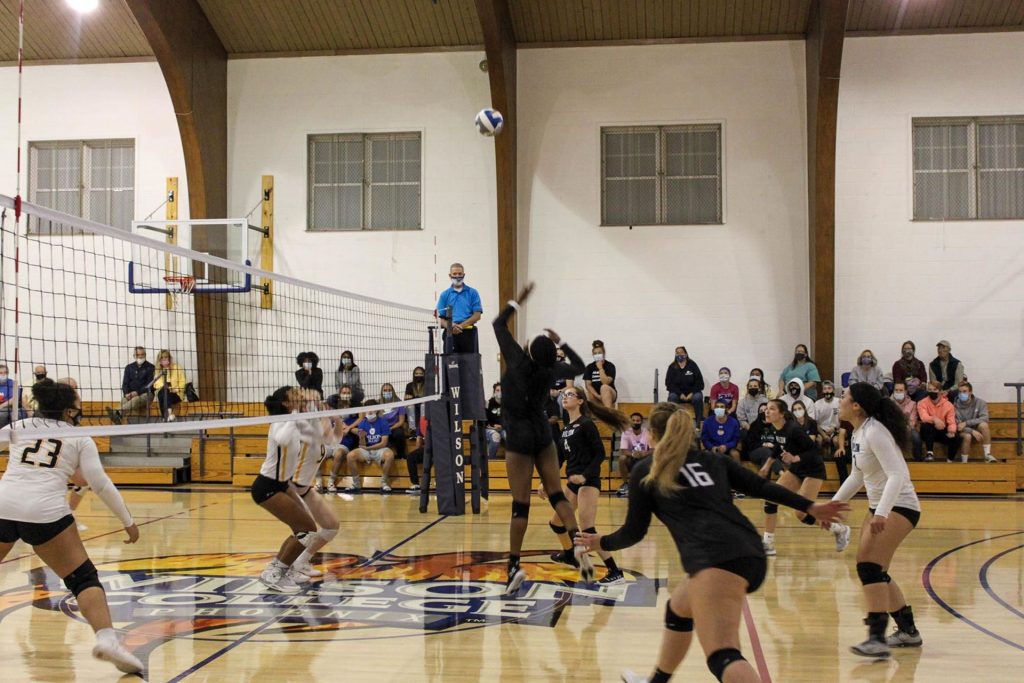 Cedar Crest opened the first set on a 7-1 run before Wilson started to fight their way back. They , eventually cut the deficit to 11-10. The two opponents spent the rest of the set battling for the lead; but the Falcons took the first set by a score of 25-20.

In the second set, Wilson hung tough and knotted the set up at 9-9 before jumping on a 6-2 run that pushed them in front, 15-11. Later in the set, after Cedar Crest tied things up at 17, the Phoenix started another run. That extended their lead to 21-17.

Wilson’s women continued to duel but stalled out at 24 points. The Falcons took the second set by a score of 26-24.

In the final set, Wilson fought valiantly, keeping the score close throughout. Later, with the Phoenix on top, 17-15, Cedar Crest started a 9-0 run that flipped the score. That put them in front, 24-17, taking the final set 25-20.

The Phoenix continue CSAC play on Saturday, October 2, where they will face Clarks Summit University (1-11, 0-0 CSAC) starting at 11:00 a.m.