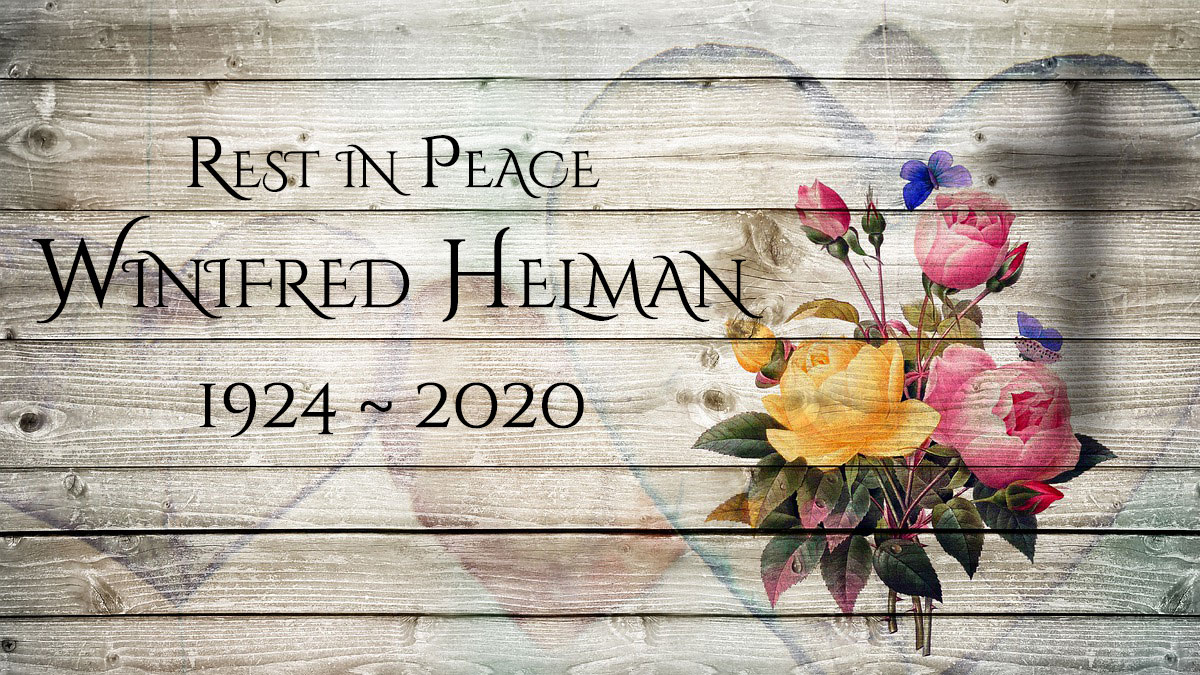 Winifred (Winnie) O. Helman, 95 of Chambersburg, passed away peacefully on January 22, 2020. She was born December 30, 1924, the daughter of Fred and Lettie (Statler) Overcash in Marion, Pa. Winnie was a 1942 graduate of Chambersburg Area High School.

In addition to her parents, she was preceded in death by her husband, C. Eugene (Ben) Helman who died in 1987 after 42 years of marriage and by her sister, Nancy VanBuskirk.

Winnie worked in the dry cleaning business for 50 years. In 1964, she became the owner and operator of Modern Dry Cleaners for 20 + years. She worked very hard but loved her work. At the time of her death, she was a member of Zion Reformed Church in Chambersburg although she had been a member of Heidelburg Church in Marion for 60 years before moving to Menno Village.

She was a primary Sunday school teacher for many years, a church council member and secretary at the Marion church. Winnie enjoyed playing cards, watching game shows, old movies and Phillies baseball but mostly she loved her family and friends. She truly loved helping people in any way she could. She was a member of many Auxiliaries including the VFW, Chambersburg Hospital, Salvation Army, Shook Home and MennoHaven. After she retired, she became a very active volunteer with Salvation Army, Shook Home and MennoHaven mostly visiting people and helping in nursing homes.

She is survived by her sister, Jane Aldridge of Waynesboro, her daughter, Karen Helman Harr (Herb) of Paoli, Pa., a grandson, Stephen Helman Harr (Margaret) of Media, Pa. and identical twin great granddaughters, Alexis and Mia Harr. Also surviving are a special niece, Cheryl Gordon (Rich) of Chambersburg, a special nephew, Michael Aldridge of Laguna Beach, California and a special sister-in–law, Nancy Stafford (Bill) of Pensacola, Florida in addition to many other nieces and nephews.

November 19, 2019
Thanks for subscribing! Please check your email for further instructions.