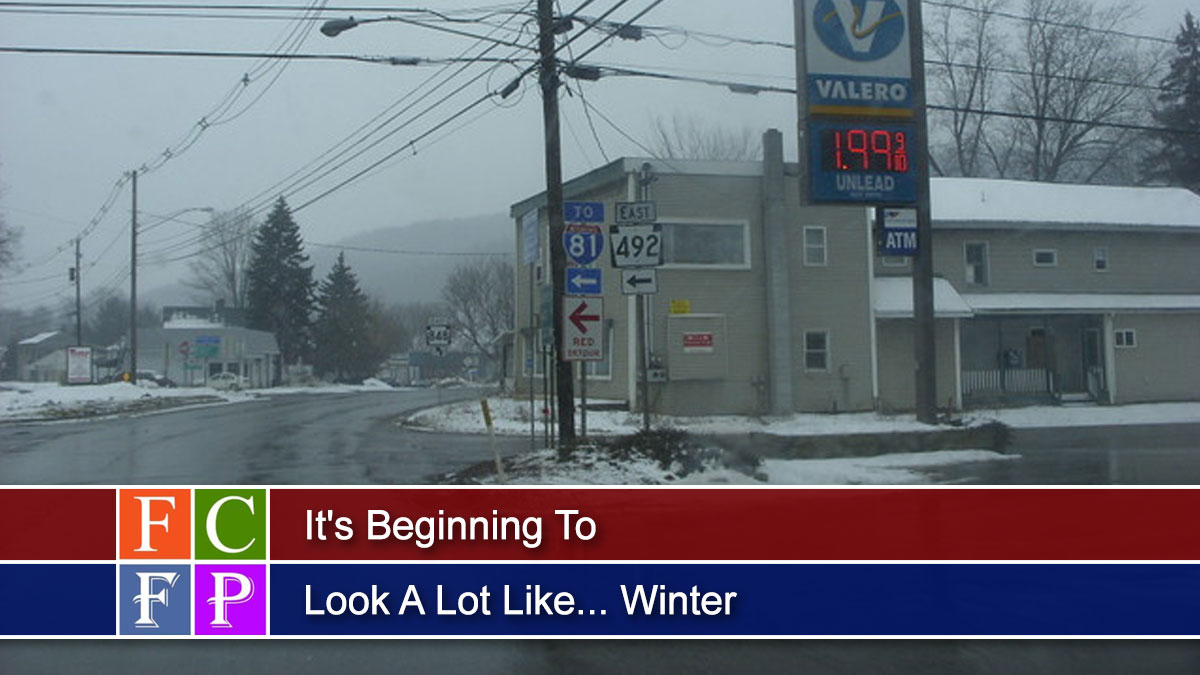 It’s beginning to look a lot like winter, with snow and ice rolling into Franklin County tonight.

The National Weather Service has issued an advisory warning the storm will bring about an inch of snow to the county beginning at about 1 a.m. Sunday, followed by a tenth to two-tenths of an inch of ice by daybreak.

NWS warns that roads and sidewalks could be slick early in the morning. PennDOT reminds motorists to give themselves extra time and drive slower to accommodate slick roads in the morning.

The storm will continue to drop precipitation, mostly sleet and freezing rain, until around 1 p.m. Sunday.

The overnight low is expected to be just below freezing at around 31 degrees with east winds between 3 to 6 mph. Chance of precipitation is 90%.

A chance of rain is in the forecast Sunday Night, mainly after 7 p.m. with an overnight low of around 36.

Vicky Taylor - April 10, 2020 0
High winds could to gust up to 50 miles an hour through early evening. The warning includes Franklin, Cumberland and Adams Counties.

Severe Storm Could Be on Its Way