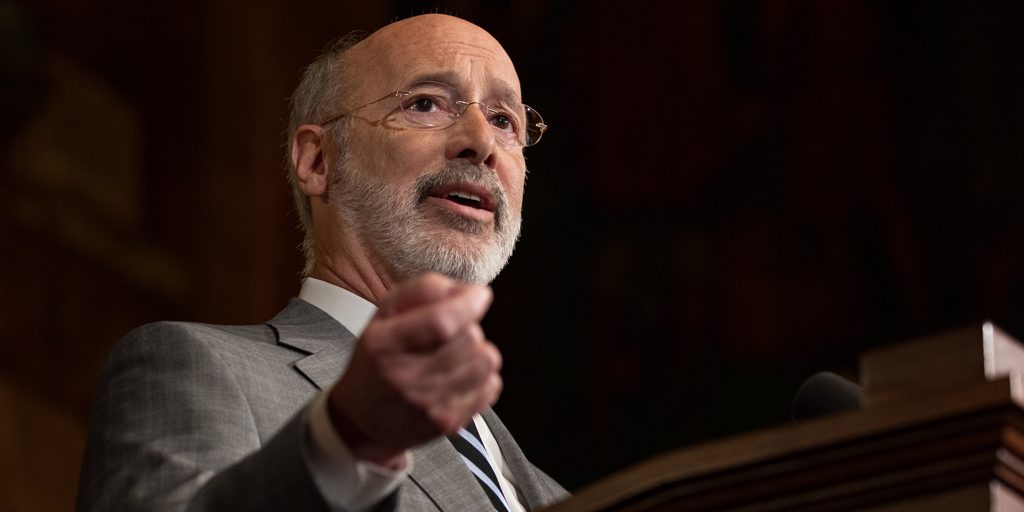 “I cannot allow residents in a red county to get sick because their local officials can’t see the invisible risk of the virus in their community,” he said during a Monday news conference. “So, I must, and I will impose consequences if a county locally lifts restrictions when it has not yet been given the go-ahead by the state.”

Over the weekend, several counties in the central region of the state announced intentions to progress their local economies to the yellow phase of the governor’s plan without his blessing.

The Department of Health helped develop guidelines for moving counties from red phase – which imposes widespread business closures and stay at home orders – to the yellow phase. Those include ramped up testing and contact tracing capabilities and new COVID-19 case counts staying below 50 per 100,000 residents over a two-week period.

So far, 24 counties have progressed into the yellow phase, with another 13 – including the Pittsburgh metro area – slated to move forward Friday. The decision to reopen in the southwest region, but not sparsely populated counties in the central region, left state lawmakers and local officials alike scratching their heads.

“Every reasonable measure indicates that our region absolutely should be progressing toward reopening,” said Senate Majority Leader Jake Corman, R-Centre. “People in this area want to get back to work and are capable of getting back to their lives safely. They need to be on the path toward yellow and ultimately green for a full reopening.”

Wolf said Monday that the state bases their reopening decisions “on the advice of scientists, medical professionals, and the state’s epidemiologists” including such factors as case counts, modeling, geographic location, contact tracing and testing capabilities for individual counties, regions, and the state. Counties that remain in red phase continue to show a high risk of transmission, the administration clarified. Some 30 counties are still classified as red and remain on stay at home orders until June 4.

Counties that reopen ahead of the state’s plan will forfeit federal disaster aid, Wolf said. Businesses that resume operations will lose liability insurance protections, and restaurants that reopen their dining rooms will lose their liquor licenses. Residents of defiant counties that receive unemployment compensation benefits will remain eligible, even if their employer reopens.

May 22, 2019
Thanks for subscribing! Please check your email for further instructions.