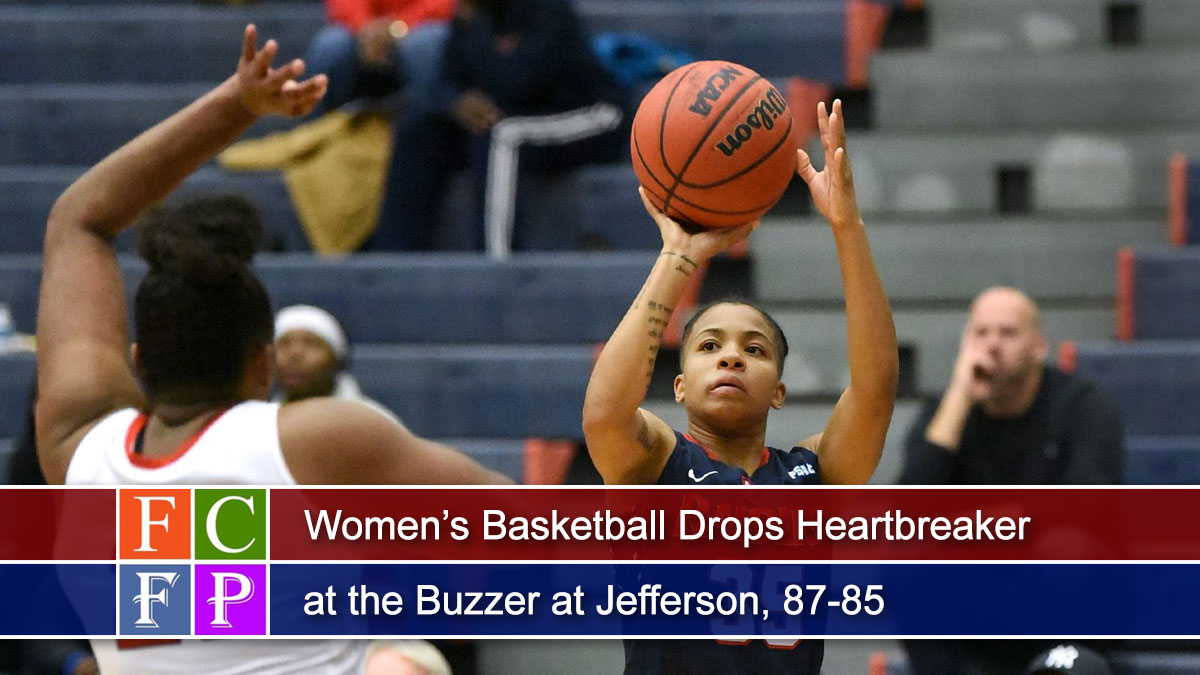 The Shippensburg University women’s basketball team suffered a heartbreaking loss on Tuesday night at Jefferson, dropping an 87-85 decision to the Rams after the hosts hit a lay-up at the buzzer in competition from the Gallagher Center.

Shippensburg (3-4) used a 10-0 run late in the fourth quarter to flip a five-point deficit into a five-point lead with 1:16 remaining. SU still led by two points with 19 seconds remaining before making the front end of a pair of free throws to extend its lead to three points.

Jefferson (3-3) hit a three-pointer with nine seconds remaining to tie the score. On the ensuing in-bounds, the Raiders were called for a charge as they tried to advance the ball up the floor. With just two seconds remaining, the Rams called timeout after the foul, then converted a lay-up on an inbounds play to achieve the win.

Four Raiders posted double figures. Junior Ariel Jones came off the bench in Tuesday’s game, with a team-high 24 points, a pair of three-pointers and 8-of-9 at the free-throw line. Jones also led all players with 12 rebounds, matching a career high, and had a season-high three assists.

Junior Kryshell Gordy was 6-of-7 from the field, scoring 12 points to complement five rebounds, two assists and two blocks.

Freshman Treasure George scored a career-high 12 points, shooting 5-of-8 from the field (2-of-3 from three-point range).

The offensive star of the game was Alynna Williams. She scored 37 points (8-of-15 from three-point range) to go along with six rebounds and four assists. Haley Meinel added 14 points, while Maddie Haney hit the game-tying three-pointer.

Shippensburg returns to action at 2 p.m. Sunday when it hosts Holy Family from Heiges Field House.