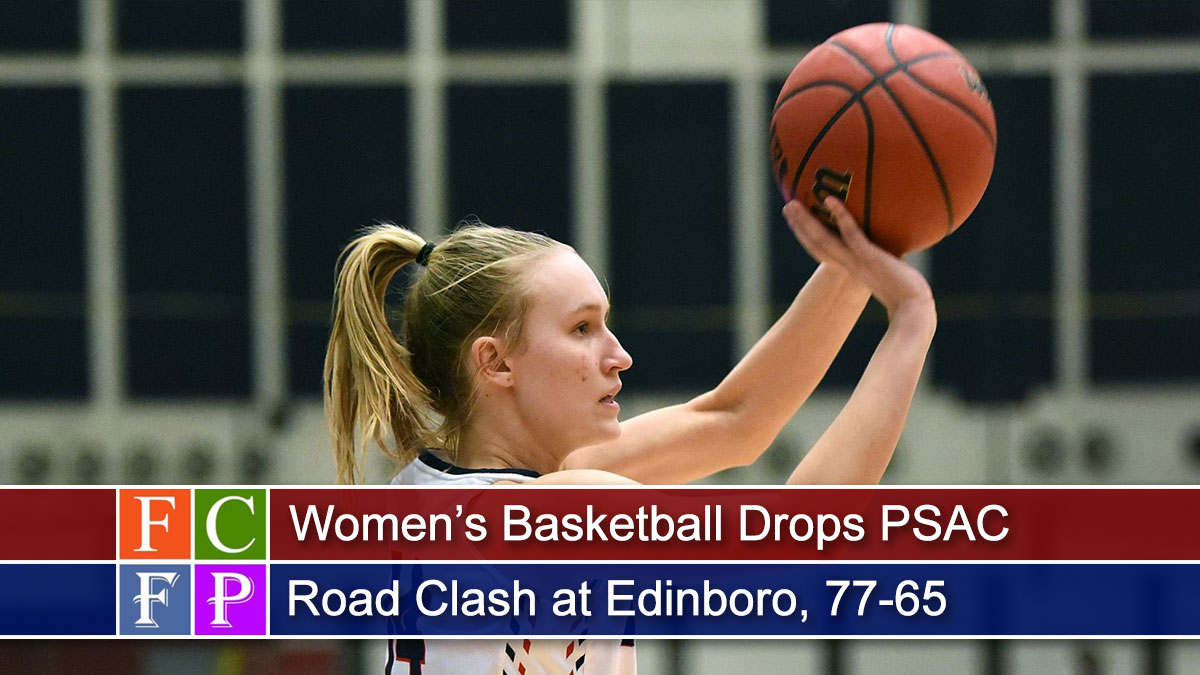 The Shippensburg University women’s basketball team could not complete a second-half comeback on Sunday afternoon at Edinboro, dropping a 77-65 decision to the Fighting Scots in a Pennsylvania State Athletic Conference (PSAC) crossover matchup from McComb Fieldhouse.

Shippensburg (3-3, 1-1 PSAC) and Edinboro (2-2, 1-1) were within three points of one another at halftime, with the host Fighting Scots taking a 36-33 lead at the break. EU used a 15-4 run in the third quarter to gain a double-digit lead. The Raiders got within five points, 66-61, with 4:03 remaining, but the Fighting Scots immediately countered with a 9-0 run to pull away.

Sophomore Lauren Mills led the Raiders in scoring, reaching double figures for the first time this season with a season-high 16 points. Mills was 5-of-8 from the field and 6-of-6 at the free-throw line. She also had four rebounds.

Sophomore Aunbrielle Green scored 12 points on 5-of-9 shooting to go along with seven rebounds and a pair of blocks. Junior Destiny Jefferson was the third Raider in double figures, posting 10 points, seven rebounds and seven assists in 26 minutes.

Shippensburg is back on the road Tuesday night for a 6 p.m. clash at Jefferson.

Staff Report - June 6, 2020 0
She was employed by Waynesboro Day Care Center and as a waitress at the Parlor House Restaurant for a number of years.

Raiders Football Surges Late in First Half to Get Past Lock...