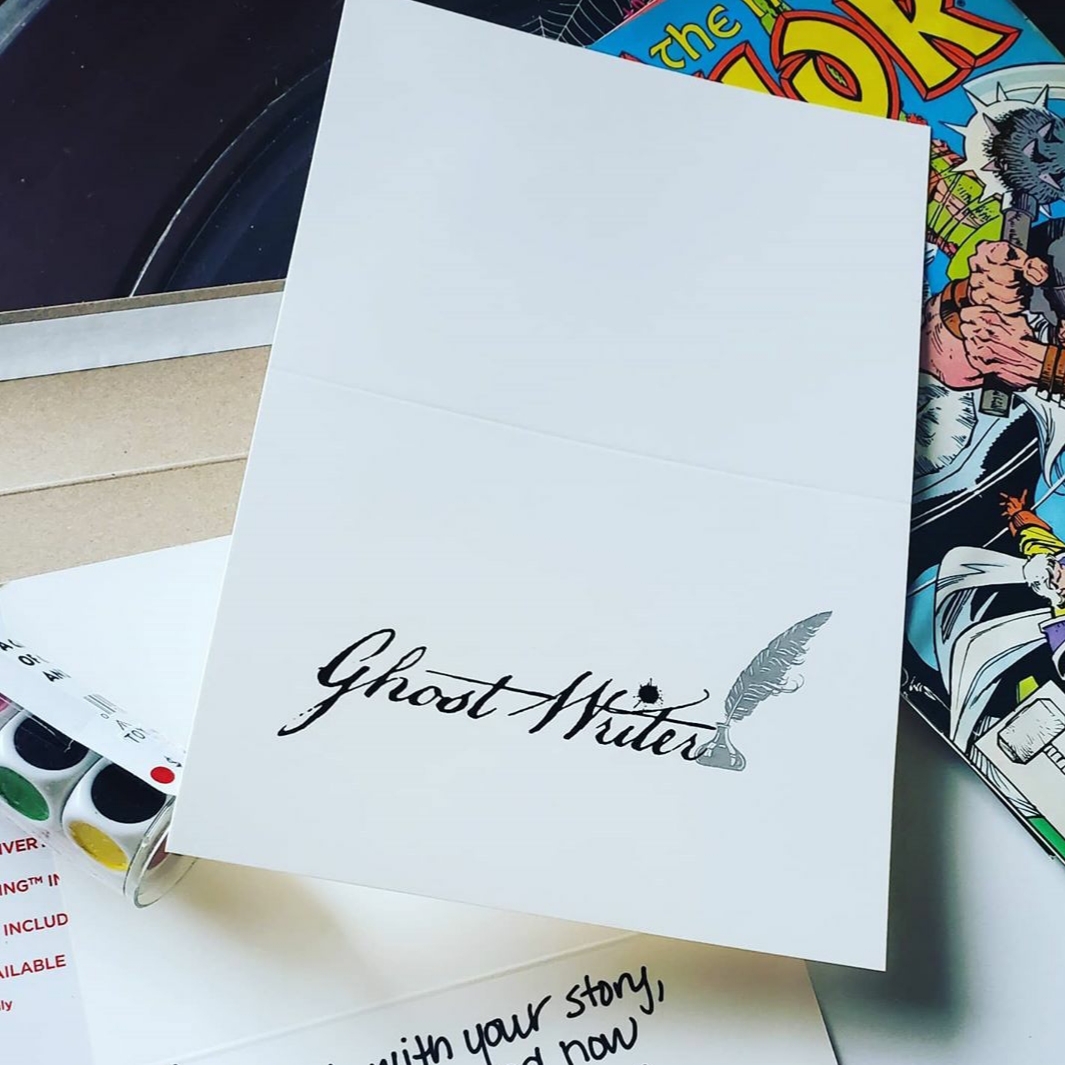 At a time when many people feel confined by orders to stay home, a writing contest with few rules is underway that allows youths to express themselves and gives local businesses a much-needed boost.  It literally allows young writers to ’go rouge.’

Ghost Writer LLC announced its inaugural Writers Rogue Jr. Writing Contest on March 27, after Pennsylvania schools were ordered to close for 10 business days – effective March 16 – to slow the spread of the coronavirus. On April 9, state Education Secretary Pedro Rivera signed an order to extend that closure through the end of the school year.

A social entrepreneurial enterprise built on pivoting the power of the pen to influence the world, Ghost Writer established the contest to provide a creative outlet for young people and to support local businesses, many of which had to close by order of Gov. Tom Wolf as part of the effort to fight COVID-19. Ghost Writer purchases prizes from area businesses for winning writers.

Every week, a “writing provoke” – like a writing prompt, but more interesting, according to Ghost Writer – is released at www.ghostwriterquill.com. For example, one week, youths were told they were the villain from their favorite fairy tale and were encouraged to rewrite the story from their perspective in hopes they could convince readers that they weren’t the bad guy.

The deadline is the following Monday, and four days later, three winners in each age group are declared. Victors receive prizes such as comic books, games, action figures and other entertaining playthings shipped to their homes or email inboxes from Franklin County, Pa., shops Nerdvana and Junk Punk Global. The winning writings are published, if permission is given, on the website.

Since many writers dislike rules, there aren’t many for Writers Rogue Jr. Participants are asked to submit stories as Word or Google documents and limit them to two pages.

​There were a handful of contestants – which Ghost Writer calls “story spinners” – when the first “provoke” was given, but each week, the number of writers has grown. The works are judged on focus, content, organization and style by Colleen Tidd, an event coordinator and screenwriter; Jessica McCleary, an editor; Sarah Gorzelsky, teacher and librarian; and Barry Ratcliffe, professional actor and financial adviser. Kirsten Hubbard, founder and CEO of Ghost Writer, serves as a tie-breaker, if necessary.

“We love reading the stories as they are submitted,” Tidd said. “Kids have so much imagination, and we are thrilled that we are able to play a part in keeping kids’ creativity flowing, while also supporting local businesses.”

Sixth-grader Breanna was the middle school winner for the fairy tale prompt. She shared the witch’s point of view from “Hansel and Gretel,” portraying the children as needy, but unappreciative of her efforts to feed and clothe them, despite the fact that they were devouring the candy home it took her years to build. She said Gretel shoved her into the oven, then she and her brother stole the witch’s gold before fleeing.

“The moral of this story is do not trust strangers, even if they look kind and innocent,” she wrote.

She said she participated in the competition because it sounded interesting.

“I enjoy writing. I like to be creative,” Breanna said. “I liked the idea of turning an evil witch into someone who was misunderstood.”

When she read the original story, she did not think the witch was misrepresented.

“I thought she was trying to hurt the children,” Breanna said. “It was pretty terrifying when she locked the brother in the cage to fatten him up. Even though the witch was evil, the children should not have destroyed her home.”

A first-grader named Sophie loves the movie “Tinker Bell,” so rewrote a story about the title character and what she called “The Good Villain,” Vidia, a fast-flying fairy. When the two met, Vidia was making pixie dust winds, on which fairies of every talent depend. While Vidia at first felt the two might be rivals, she came to the rescue when she learned that Tinker Bell needed help removing cactus needles from her hands, legs and wings. Climbing such a prickly plant also robbed her of her pixie dust, so Vidia gave her some.

Reworking a classic story was not difficult for the budding author and illustrator, who won the elementary category.

“It was not hard because she is not that bad, she’s just grumpy,” Sophie said.

The contest will run the rest of the school year and possibly into the summer, if there is enough interest.

For more information, go to ghostwriterquill.com and click on the “Writers Rogue Jr.” tab or email Tidd at [email protected]