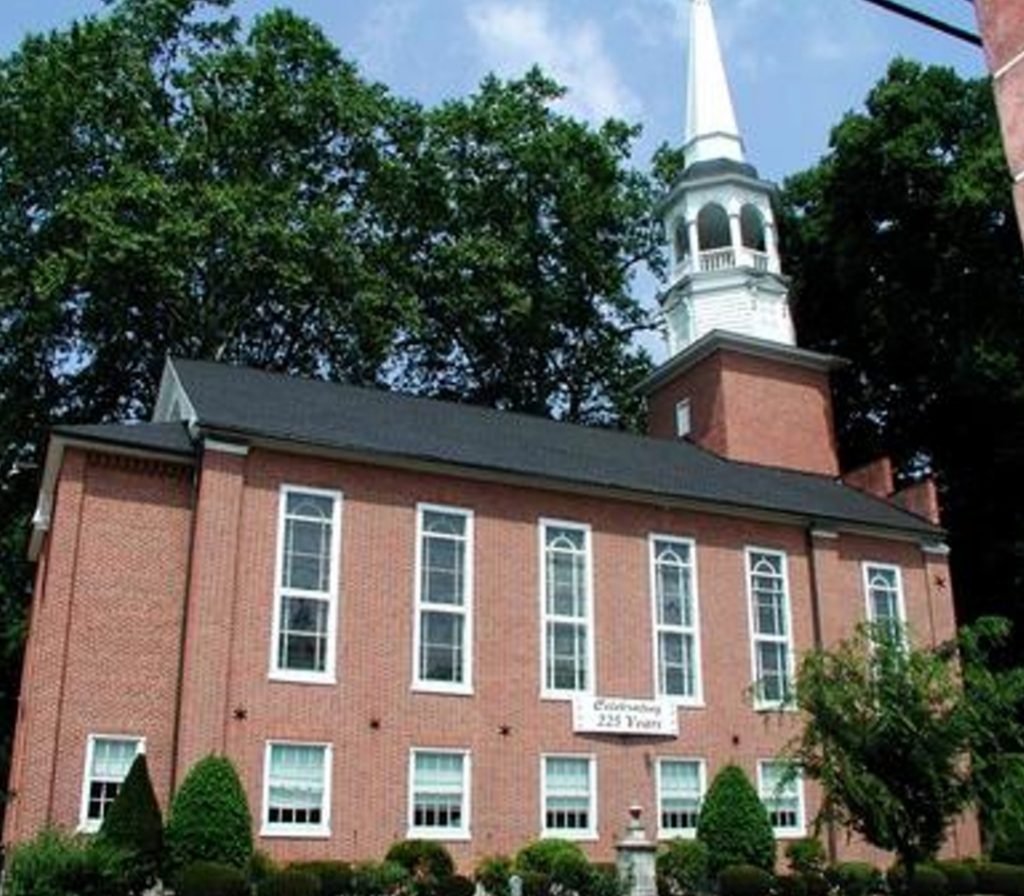 Zion Reformed Church United Church of Christ, one of Chambersburg’s three historic ‘Rose Rent Churches,’ has welcomed a new pastor, its 23rd since its founding in 1776.

In September, Pastor Tom Dunkle assumed his new full-time settled pastor role with Zion, after
serving a church in Dover, OH since 2013.

Beginning his new role with one of Chambersburg’s most historic churches is a “Pennsylvania homecoming” of sorts for Rev. Tom and his wife Patty, and their two fur babies.

Pastor Dunkle is a graduate of Susquehanna Township High School in Harrisburg, PA. He attained his Masters of Divinity degree in 2005 at Lutheran Seminary Gettysburg PA, and received his Masters of Human Service Degree in 1994 when he started serving the church.

The Dunkles are the parents of three children.

In his free time, he enjoys kayaking, woodworking and weightlifting, as well as getting established in their new home here. Patty holds a commercial arts degree and enjoys painting and creating crafts.

New to Zion, not to service

While new to Zion and the Chambersburg area, Pastor Tom is certainly not new to serving the
church. He has worked in a homeless shelter and as a volunteer in a nursing home. Having grown
up working on his dad’s fuel oil truck and having served in the military prior to joining the ministry, he believes those experiences were part of God’s plan for him to connect with all types of people.

Dunkle envisions his role of pastor with Zion as combining the traditional, “with a twist.”

He especially likes to have fun in preaching, noting that “the twist” means that he may be in costume one week, singing the next week, in formal attire, or even in flip-flops. He likes to change things up and come up with new and exciting ministries – as just one example, he founded “Holy Kayak” – a ministry he hopes to bring to Chambersburg with devotions on the water.

Said Rev. Dunkle, “I believe in having contact with people often, and for being available for the
community, not just the church. The neighborhood should know who I am.”

He added, “I believe that many of Zion’s longstanding traditions, such as paying its annual lot rent each year to a descendant of town founder Col. Benjamin Chambers (with a single rose grown on church property), show a deep connection to the local community. I hope to grow the church and continue forward its almost 250-year history here in Chambersburg.”

Pastor Tom’s new role with Zion comes after an 18-month term of spiritual leadership led by Pastor Bob Mcfarlane of Chambersburg, who served until Sept. 1 this year as Zion’s Interim Minister. That interim service followed the retirement of Rev. Jeffrey R. Diller after 31 years of leading Zion’s congregation.

If you visit Zion you will find a traditional worship service, a small congregation where everybody
knows your name and you are welcomed.

According to Pastor Tom, “the people of Zion are growing in their faith and striving to be what God has created them to be. Our greatest asset is all the people of Zion. They all strive to discover real and relevant ways to communicate the Gospel of Jesus Christ.”