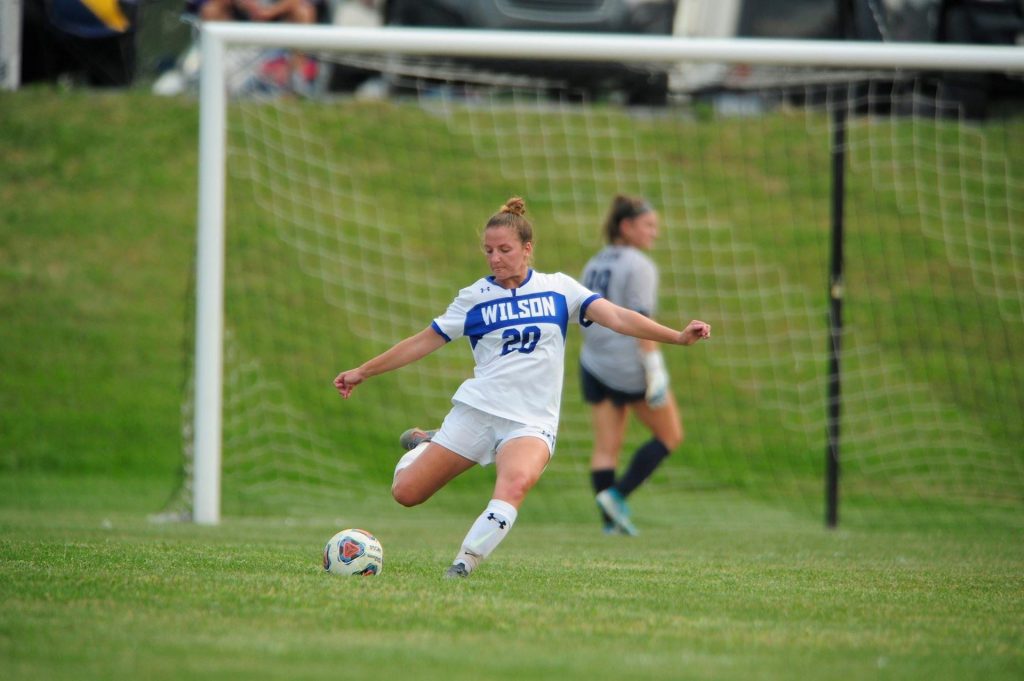 The Bryn Athyn Lions fell to Wilson’s women’s soccer team in exciting Colonial States Athletic Conference (CSAC) action Saturday in Bryn Athyn. The 2-1 Phoenix victory put the Phoenix (5-5, 3-1 CSAC) back to .500 on the season. It also marked the first CSAC loss of the season for the Lions (4-3-2, 3-1-1 CSAC).

In the tightly contested match, it was the Phoenix who fired the first shot as junior Mia Harris (Waynesboro, PA., Frostburg State) ripped a shot that sailed high just four minutes in to the match.

The Phoenix offense continued to pressure the Lions defense as shots by freshmen Chloe Antalek (Wappingers Falls, NY, Beacon) and Rachel Coulter (Woodbridge, VA, Garfield), as well as junior Morgan Wineburg (Phoenixville, PA., Phoenixville), followed over the next ten minutes. None were able to connect, however.

Just after the midway point of the first half, freshman Jade Wolfe (Mercersburg, Pa, James Buchannan) found the back of the net for a 1-0 Phoenix advantage.

The Phoenix limited the Lions to a single shot in the first half, which was stopped by freshman goalkeeper Erin Roszkowiak (Cinnaminson, NJ, Cinnaminson).

In the second half, the action began to pick-up as both teams traded multiple shots during the first twenty-five minutes. Then the Lions got the equalizer in the seventy-first minute to make the score 1-1.

Neither team took a shot until a foul on a Lions defender set-up the late match drama. With under three minutes remaining in regulation, junior Simone Karustis (Pottstown, PA., Owen J. Roberts) took the free kick and placed it perfectly over the outstretched arms of the Lions goalkeeper, into the top right corner of the goal for the game winner.

The Phoenix out shot the Lions 9-7, including a 7-5 edge in shots on goal. Roszkowiak recorded 4 saves while Wineburg led the team with 2 shots on goal. Wolfe tallied the first goal of her collegiate career, while Karustis netted her first of the season.