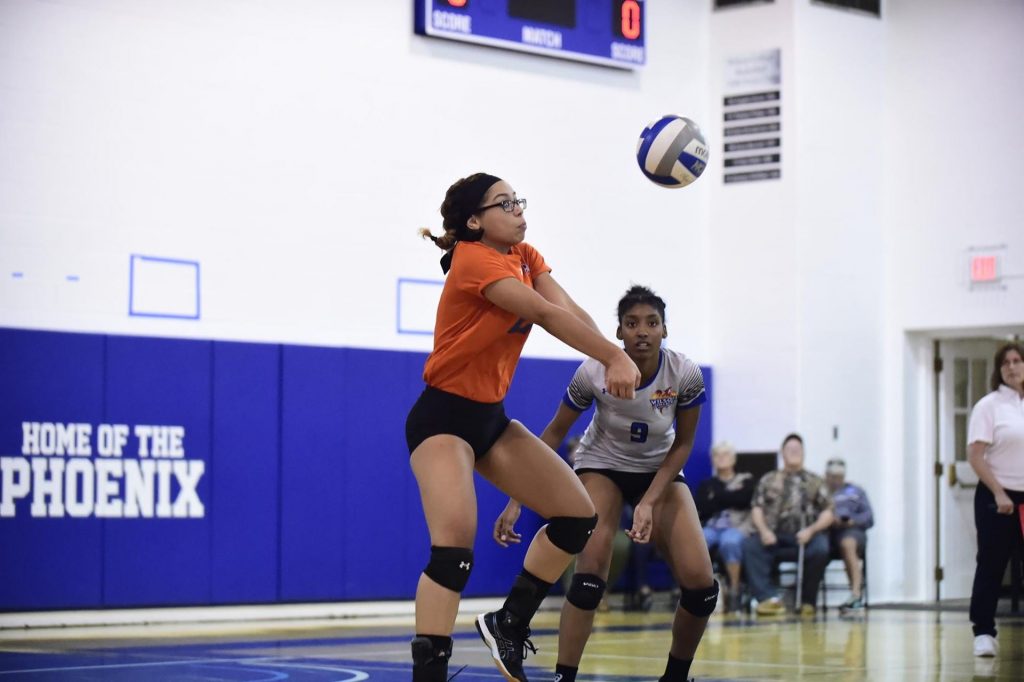 The second set started off a little tighter as the Lions trailed the Phoenix 5-4 in the early going. Leading 11-8, the Phoenix rattled off seven of the next eight points, with freshman Deah Menedis (Reisterstown, MD, Franklin High, ) closing out the run with a kill to make the score 18-9 as the Phoenix closed out the set 25-13.

The third and final set was, again, tight early as the Lions hung around trailing only 8-6. A 5-0 run by the Phoenix followed to make it 13-6. Moving forward in the set, the Phoenix built an insurmountable lead with an 8-0 run that featured three aces by Hill and kills by Menedis and Eigen-Zucchi on the way to the 25-11 win.

The Phoenix totaled 38 kills on 89 attempts with only 8 errors for a .337 attacking percentage. Posiulai had a match high 11 kills, while Jones added 10 kills and 8 digs. Hill recorded a match high 5 service aces and added 8 digs. Owens had 28 assists to go along with 2 aces, while Eigen-Zucchi tallied 16 digs.