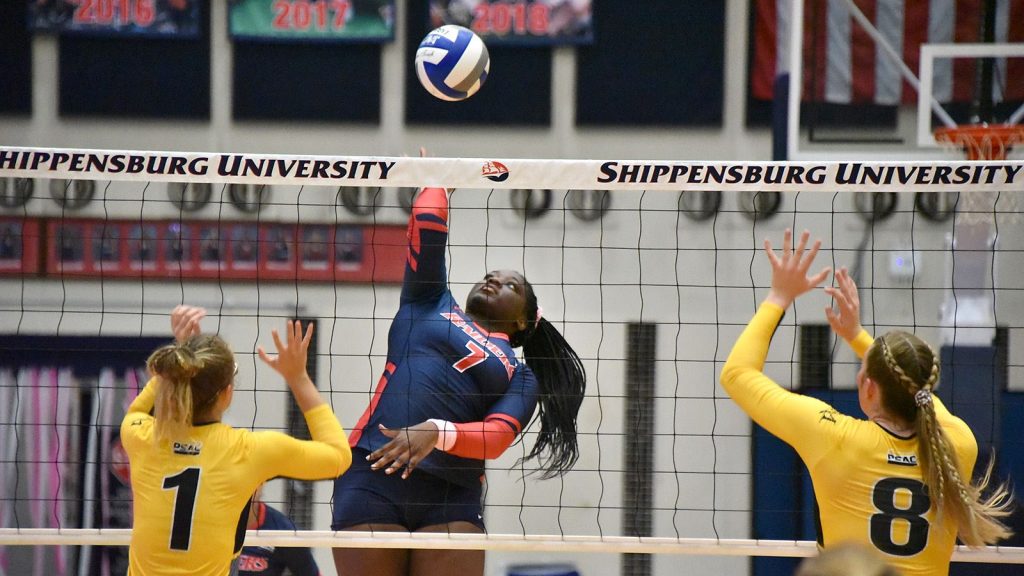 Verhoef, Agbale hit over.300 from the floor

Bloomsburg (9-9, 4-2) had just 12 attack errors in the match compared to 26 for the Raiders. The Huskies did not have an attacking error in the first set until the game was tied 24-24. BU had 11 blocks and 10 aces, while SU had just one block and three aces.

SU totals 12 blocks but yields 13 aces in the loss

Shippensburg (8-13, 2-5 PSAC East) had 12 blocks on the afternoon but hit just .028 – its second-lowest output of the season. Freshman Emily Gardner (Avon, Ohio/Avon) was the only Raider with double-digit kills – all 13 of her kills came in the final three sets. Gardner also had 12 digs to achieve her seventh double-double of the season.

Shippensburg returns to action at 7 p.m. Friday when it hosts Shepherd at Heiges Field House.