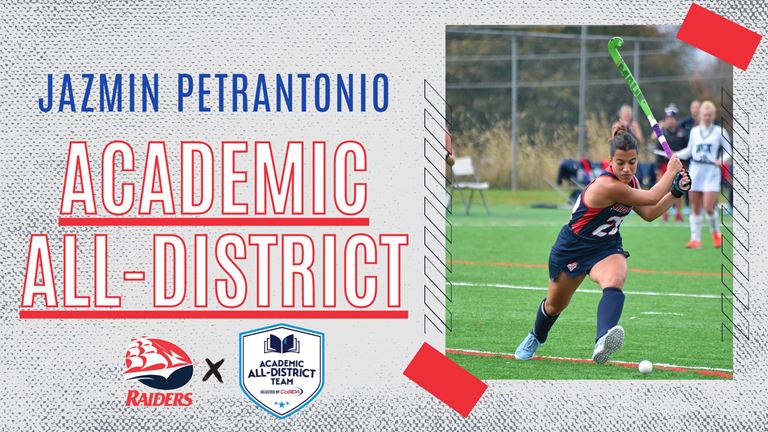 Shippensburg University senior Jazmin Petrantonio was named Thursday afternoon to the 2021-22 Division II Academic All-District 2 At-Large Team, an award that recognizes the nation’s top student-athletes for their combined performance on the field and in the classroom.

Petrantonio graduated in May with a double-major in management (concentration in international management) and accounting and a 3.48 cumulative grade-point average (GPA).

A native of Buenos Aires, Argentina, Petrantonio led the nation in goals per game (1.85), points per game (4.2), goals (37) and points (84). She also totaled 10 assists. Petrantonio scored or assisted in 19 of SU’s 20 games this season; the only game in which she did not record a point was in the national semifinal.

Petrantonio concluded her historic career with 106 career goals, third-most in NCAA Division II history. In her 79 career games with the Raiders, Petrantonio totaled 248 career points (106 goals, 36 assists) and 29 game-winning goals. She also finished her career as the leading scorer in the history of the NCAA Division II Field Hockey Championships, having scored 10 career goals in eight career NCAA Tournament games.

It is the second consecutive year that an SU Field Hockey player has been named to the Academic All-District 2 ® At-Large Team. Molly Herigan was honored last season.

The Academic All-District ® Team is selected by the College Sports Information Directors of America (CoSIDA). While most of the Academic All-District and All-America ® teams focus on specific sports such as football, basketball or volleyball, the At-Large category features a collection of several sports – making Petrantonio’s selection especially prestigious.

Petrantonio is now among those eligible for consideration for the Academic All-America ® At-Large Team that will be announced June 15.