Key lawmakers in charge of potential election reforms in Pennsylvania appear split on whether a third-party audit of the state’s November election results will occur.

“The people of Pennsylvania and America deserve to know the truth,” Trump said. “If the Pennsylvania Senate leadership doesn’t act, there is no way they will ever get re-elected!”

“The PA House of Representatives will not be authorizing any further audits on any previous election,” hetweetedThursday. “We are focused on fixing our broken election law to make it easier to vote and harder to cheat.”

President Joe Biden won Pennsylvania by fewer than 81,000 votes in November. The Trump campaign fired off a series of lawsuits alleging mail-in voter fraud that were later dismissed for lack of evidence. Several Republican lawmakers supported the effort, including three that visited Phoenix on Wednesday to tour the audit site and receive a briefing about its results.

Rep. Rob Kauffman, R-Chambersburg, Sens. Doug Mastriano, R-Gettysburg, and Cris Dush, R-Wellsboro, met with Arizona legislators Wednesday, according to a tweet from Sen. Wendy Rogers, R-Flagstaff. Biden’s surprise upset in the state came by a margin of 10,000 votes out of more than 3.1 million cast, with the vast majority collected in Maricopa County.

“Forty-seven percent of the people in this country don’t have faith in the electoral – electoral integrity right now,” Dushtold The Wall Street Journal. “And my constituents are very much up in arms, with the lack of any movement on trying to find out what happened.”

Mastriano, who came under fire in recent months for organizing a bus trip for residents to participate in the Jan. 6 “Stop the Steal” rally, said in an interview with the newspaper that “he’s not about overturning anything.”

The senator maintains that he left the Jan. 6 rallies before a violent mob stormed the Capitol building. But he’s remained an ardent supporter of Trump, who heclaimsencouraged him to run for governor in 2022.

“I’m just trying to find out what went right, what went wrong?,” he said. “And how do we have better elections in the future?”

The Pennsylvania-based Wake Technology Services served as part of Arizona’s audit team, organized by Cyber Ninjas, according to a report from the Arizona Mirror. The newspaper said the company also audited election results in Fulton County, Pa., though its unclear who paid for the effort – or why. 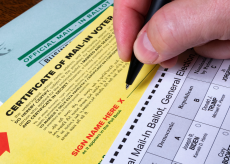 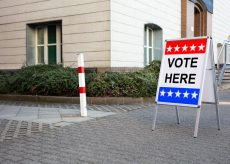 Heading to the polls: Verifying voter status is important