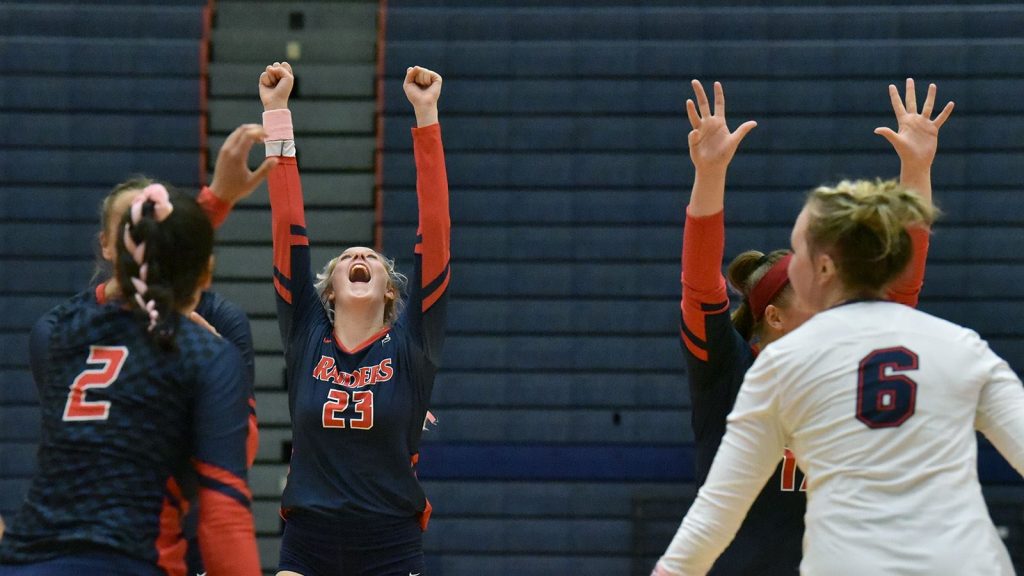 Inside the box scores

Shippensburg (9-13, 3-5 PSAC East) had three players with double-digit kills. Freshman Emily Gardner (Avon, Ohio/Avon) had her tenth double-digit kill effort of the season with 18 kills, three aces and hit an impressive .317 from the floor. Gardner finished one kill shy of her season high. Freshman Kat Negron (Longwood, Fla./Lyman) had her fifth double-double of the season with 15 kills, 12 digs and three assists.

Freshman Chelsea Foulis (Wilbraham, Mass./Minnechaug Regional) had herself a night with career highs of 10 kills and five digs and a .429 hitting percentage. Freshman Madison Anderson (Ashburn, Va./Rock Ridge) made her first collegiate start and also had career highs with seven kills, three blocks and a .545 hitting percentage.

The first set was neck and neck, with both team going on four-point runs. The set was tied at 10-10 before Shippensburg took a 5-2 lead in the middle of the set. The set tied again at 23-23, but a ball handling error from the Rams would give the Raiders a set point; and a kill from Gardner secured the first set.

Shippensburg’s Raiders went on an 11-1 run in the second set after it was tied at 4-4, including nine straight points. A Gardner kill once again closed out the set.

Shepherd was aggressive in the third set with 12 kills and just one error. The Rams claimed the third set after back-to-back Raider errors.

In the fourth set, the Raiders took control and were up 13-6. The Rams went on a 9-5 run to close the gap, but a kill from Anderson would stop the Rams run. Kills from Negron and Foulis secured the win. Shippensburg only had three errors and hit .280 in the fourth set while Shepherd hit .044 in the final frame.