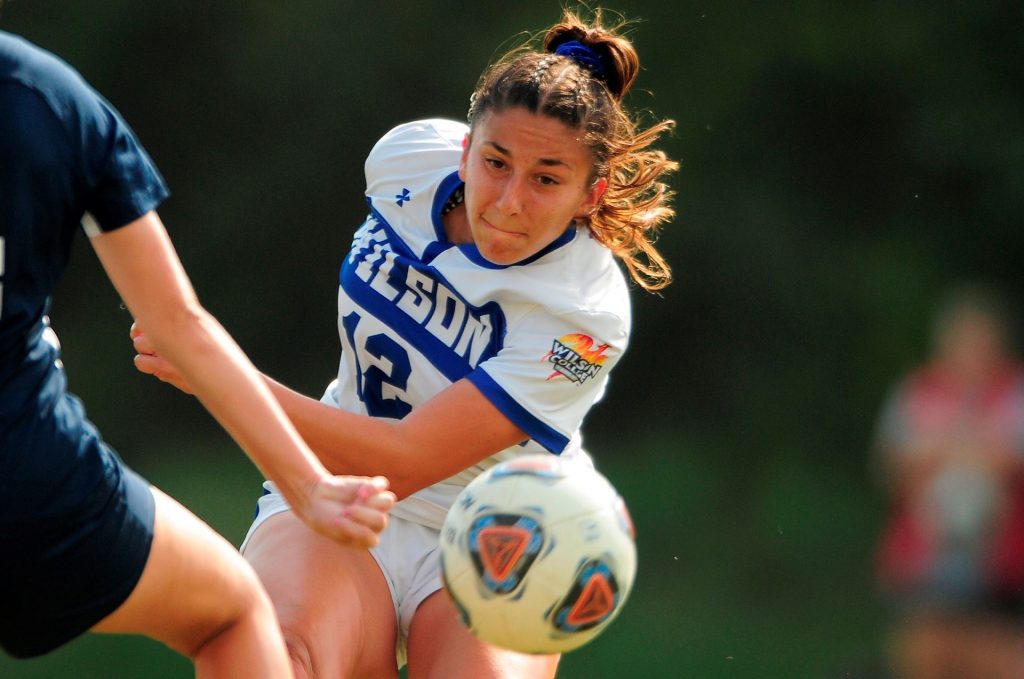 The Phoenix fired off the first shot on goal just four minutes into the match when sophomore Julia Mohler (Point Of Rocks, MD, Brunswick) took aim at the goal, but the Ravens keeper came up with the save.

A few minutes later, junior Morgan Wineburg (Phoenixville, PA., Phoenixville) got a great pass from classmate Bailey Miller (Charles Town, W.Va., Washington); and Wineburg found the back of the net to give the Phoenix an early 1-0 lead.

Midway through the opening half, the Phoenix struck again. This time Miller was on the receiving end of a great feed by Mohler. She ripped a shot past the keeper for a 2-0 advantage. Before the half ended, the Phoenix had two more good looks at goal. The first came from freshman Julia Elliott (Annapolis, MD, Broadneck High School) that missed wide. The second was by junior Mia Harris (Waynesboro, PA., Frostburg State) that sailed high. The Phoenix still took a 2-0 lead into halftime.

In the second half, the Phoenix dominated possession and continued to pressure the Ravens defense. After a few shots on goal early in the half, the Phoenix broke through again. Freshman Rachel Coulter (Woodbridge, VA, Garfield) gathered a ball fed in from the back and ripped it into the net for her first collegiate goal to push the lead to 3-0. The Ravens scored a goal late in regulation. The outcome was never in doubt, however, as the Phoenix cruised to the 3-1 conference victory.

The Phoenix out shot the Ravens 12-6, including 6-4 in shots on goal. Miller led the Phoenix with a goal and an assist while taking 3 shots. Wineburg tallied her goal on her only shot attempt. Mohler attempted a team high 3 shots and added an assist. Senior Juliann Winkler (Dingmans Ferry, PA., Delaware Valley) added 3 saves in goal.

Wilson will be back in action on Tuesday, October 5 at the University of Valley Forge for a CSAC match-up.