Local emergency responders answered a number of calls over the weekend, including a pedestrian accident on Wayne Avenue in Chambersburg.

Michael Hopkins McKenrick, 52, was crossing Wayne Avenue at Sheller Avenue at 5 p.m. Friday when the accident happened. Police said he was not in a pedestrian crosswalk at the time.

A medical helicopter took him to the trauma center in Camp Hill, where he died on Saturday. Chambersburg Fire Department EMT’s treated him at the scene before the air transport.

One person had minor injuries after a car hit a railroad underpass in the 600 block of Woodstock Road at 2:40 p.m. Monday. The car flipped over onto its roof and slid the entire length of the overpass, coming to rest on the other side at the Chambersburg-Greene Township line

St. Thomas Fire and Rescue first responders treated Stacey L. Robinson, 39, a 13-year-old girl and a 9-year-old girl at the scene before taking them by ambulance to Chambersburg Hospital for treatment of minor injuries. They were passengers in a Ford Explorer driven by Justin L. Robinson, 36, of Mercersburg.

Both vehicles were eastbound on Lincoln Way West when traffic in front of them stopped suddenly. Decker stopped before hitting the backed-up traffic. Robinson couldn’t stop in time to to avoid the crash, police said. 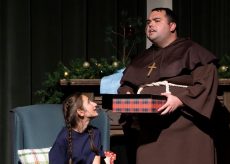 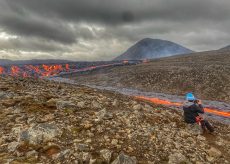