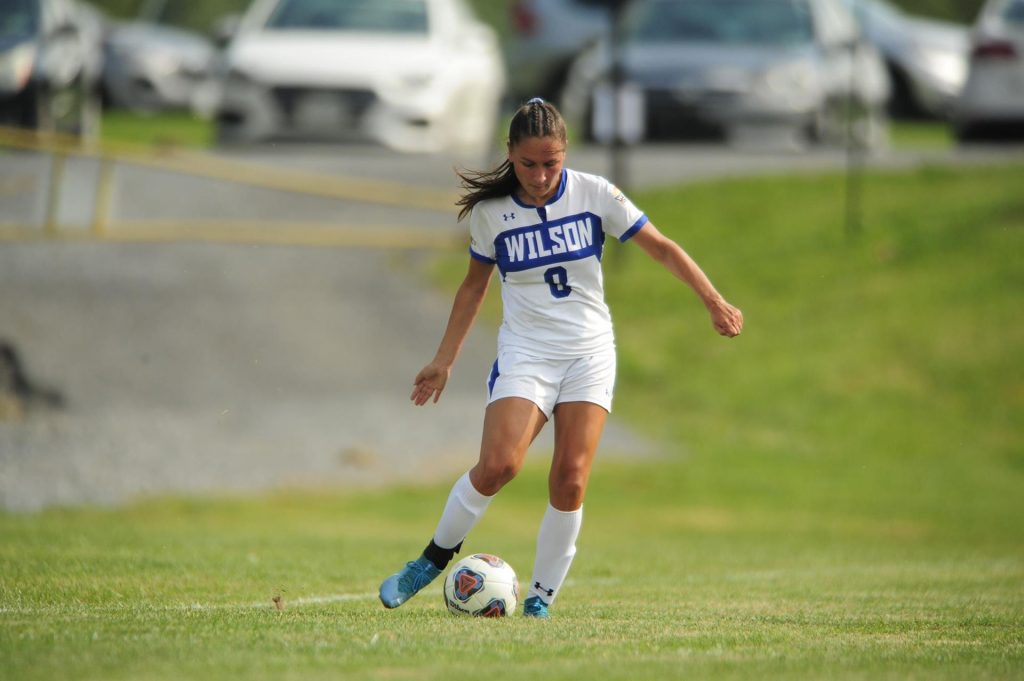 Wilson’s women’s soccer faced off in a midweek conference match-up Wednesday versus the Notre Dame of  Maryland University. The Phoenix ( 6-5, 4-1 CSAC) scored two goals each half against the Gators (3-6, 2-3 CSAC) and earned a 4-0 victory. The Phoenix are currently on a four-game win streak with just five games left in the regular season.

The first goal came in the 40th minute from freshman Katie Riley (Mt. Airy, MD, Urbana) with an assist by sophomore Julia Mohler (Point Of Rocks, MD, Brunswick). The Phoenix wasted no time in finding the net again. This time kickoff freshman Jade Wolfe (Mercersburg, Pa, James Buchannan) intercepted a Gators pass and dribbled down the sideline to score, unassisted bring the score to 2-0 going into halftime.

The next goal came in the 63rd minute of play off of a cross by Riley and finished by junior Morgan Wineburg (Phoenixville, PA., Phoenixville) bringing the score to 3-0.

While continuing to fight the Phoenix secured their fourth and final goal in the 82nd minute of action, after a cross by senior Olivia Churchman (Waynesboro, PA, Shenandoah) to the waiting feet of junior Rachel Rodriguez (Hedgesville, W.Va., Hedgesville) who slotted a shot past the Gators keeper.

The Phoenix outshot their opponents 18-2 over the 90 minutes of play.  Wolfe and Mohler led the team in shots and shots on goal. Wolfe had 4 shots, 2 shots on goal, as well as a goal herself. Mohler had 3 shots on goal and also recorded an assist in the match-up against the Gators. Freshman, Rebecca Marakovitz (New Market, MD, Linganore High School), and senior, Juliann Winkler (Dingmans Ferry, PA., Delaware Valley), combined for the shut out with Marakovitz earning one save.